What originally began as a Michael Beckwith Hiltner, in many later years to come became Victor Vincente of America .  That was of course after “VVA” (formerly known as MBH) had made record efforts riding his road bike across America  twice in 1974 (achieving the double-transcontinental record riding from Santa Monica, California, to Atlantic City, New Jersey, and back in 36 days, 8 hours).

Soon enough, though, Victor discovered off-road riding, and in addition to his own 20-inch wheeled “Topanga” mountain bike that he designed and built, he was also the founder of two races that lie deep in SoCal mountain bike racing lore.

One was a full-on, sketchy high-speed downhill race that began in the mid-80s  on Puerco Canyon, which started high in the Santa Monica Mountains and finished just above the Pacific Coast Highwa, south of the Malibu pier.  I raced Puerco once  @ 1987 in my rookie days at MBA,  and while it scared me to death, it gave me a good sense of purpose when it would come to racing the Mammoth Mountain Kamikaze later that year.

RESEDA TO THE SEA

Reseda to The Sea was a point-to-point race first run in 1980, and it is most famous for attracting a (double-decker) busload of the sport’s most famous  Marin Pioneers (see Charlie Kelly’s version). Given that it was a VVA event,  the race had its own anarchist-like atmosphere, but it was still a race, and there were prizes and bragging rights to be had! 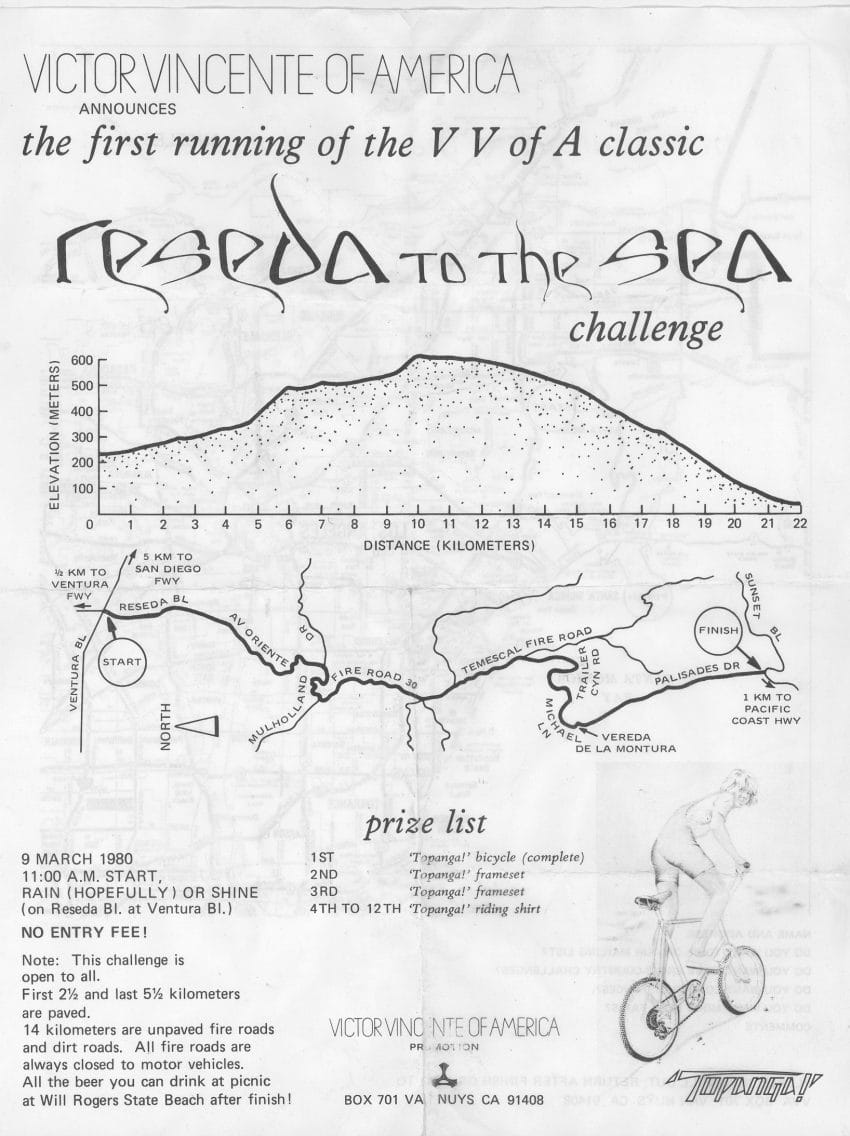 The race became a bit of an institution until the latter part of the decade when it took on more of a group ride flavor.  The first time I rode the event I was aboard a Yeti Ultimate with a Tioga tension disc rear wheel.  Decades later I was still aboard a rigid bike, only it had drop bars and sweet Campagnolo hydro disc brakes.

STEVE BOEHMKE: FROM SOMEONE WHO WAS THERE 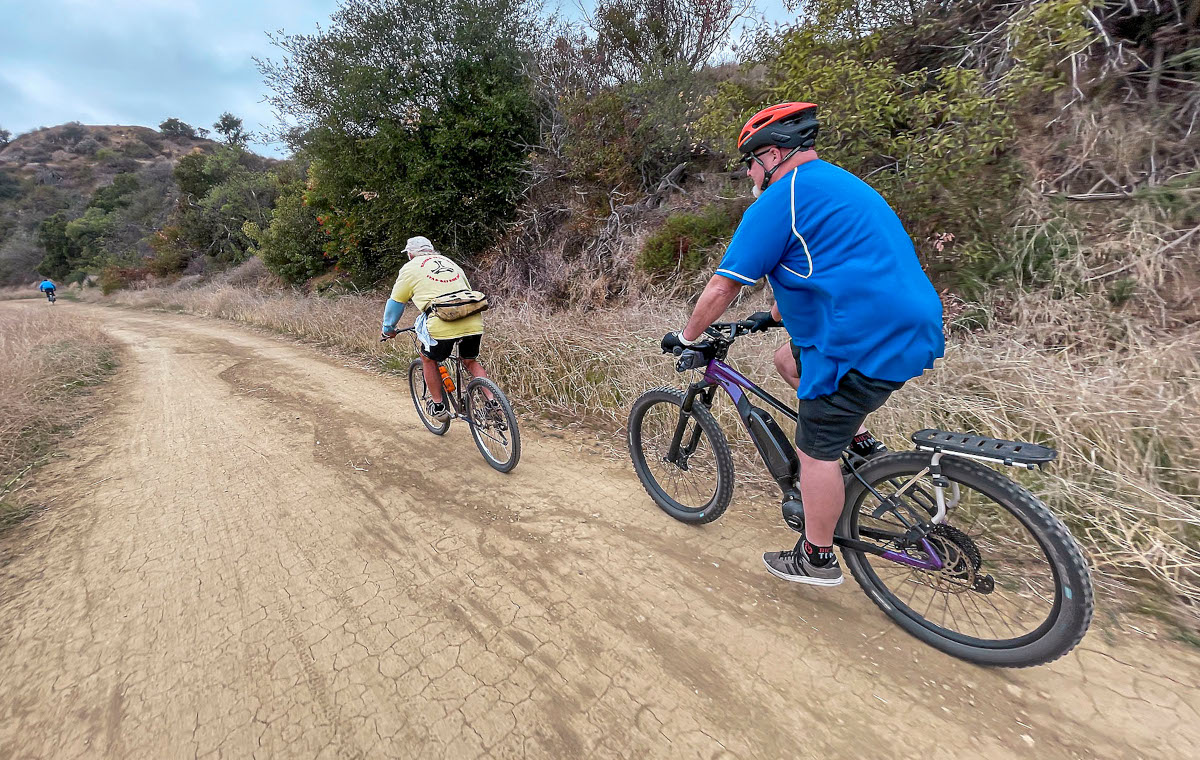 Attending Reseda-to-the-Sea in 1981 changed my life in prophetic ways. I ground my way around the course on a 26″ BMX single-speed and finished 6th against over a hundred geared racers. I met two-time Olympian VVA (who had turned 40 at that event, although we all thought with his troll outfit, beard, and look, that he was 60! I also met people who would introduce and welcome me into an industry that took me around the world to ride MTB’s, develop future products, and land me in the Mountain Bike Hall of Fame for my work at Shimano and RockShox through the ’80s and ’90s.

To ride the 41st running of Reseda-to-the-Sea brought back animalistic instincts of seeing “targets (riders a mile ahead of me in a valley of fire roads)” and sprinting unrelentlessly, putting all of my BMX fitness and skills to the ground, to catch and pass them, was an awesome memory.

Now that I’m almost 60, (and Victor is 80!)… I look at a series of photos I took at a World Cup Downhill in Cap D’Ail (overlooking Monaco!) – this reunion for me was a celebration of 40 years of being intensely involved in a sport that has brought so much pleasure and release to millions and millions of people around the globe. I rode it this year on a Marin eMTB with a Shimano e8000 drivetrain, and thoroughly enjoyed the workout and comradery with old friends and new, along the course of this 41-year-old event.

At this years’ running, Victor’s legs and body looked like that of a 45-year-old or better. Although he trained and re-conned the course on an eBike, he rode this event on his trusty old 1980’s VVA-designed 26″ MTB, along with SPD pedals that I sponsored him with in the ’90s!

Reseda-to-the-Sea 2021 was a vindication to all of the bicycle industry that thought that BMX was a joke. It was underground, the kids wanted it, it wouldn’t last. VVA saw it differently. As a road racing champion, he saw that BMX wheels and tires could allow people to ride offroad In the hills. To the springs. To the summit. When mountain biking came to be in the early ’80s, it was the same. The bike industry thought it was the same as the first BMX wave. They thought it was a joke. We, and VVA, knew they were wrong. Here’s to the vision and persistence of a road champion who understood the value of dirt road riding for the planet. Long Live VVA.