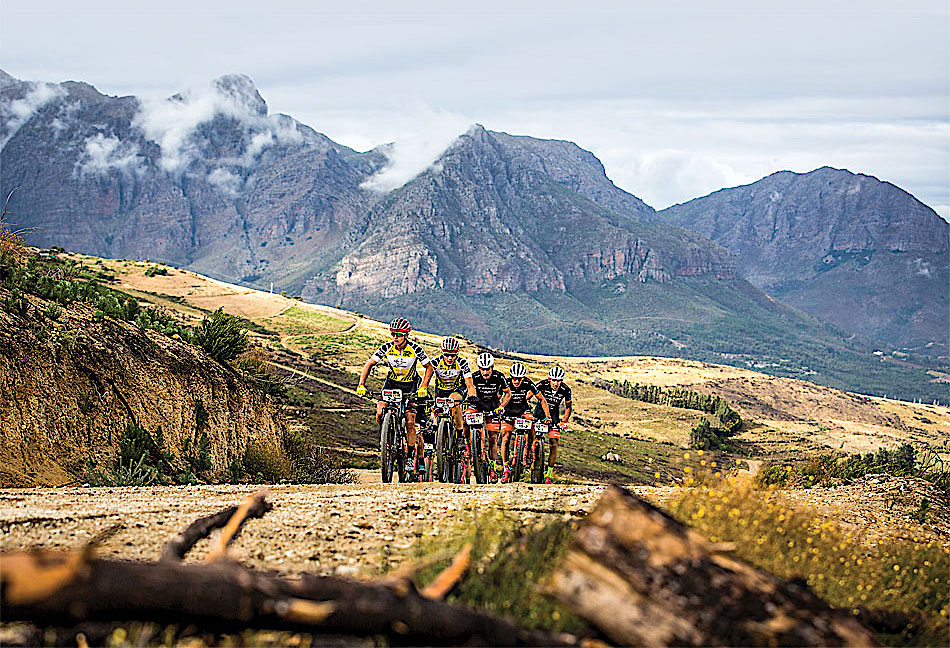 HOWARD GROTTS AND THE MEN’S SIDE OF THE EQUATION

We called America’s Howard Grotts to ask him what it was like for him and his Specialized teammate, Jaroslav Kulhavy, to win this year’s Absa Cape Epic. “I would definitely say the Cape Epic is the biggest win of my career,” Grotts told us.

Grotts, who lives in Durango, Colorado, is the current and multi-time cross-country national champion for the United States. His teammate, Jaroslav Kulhavy of the Czech Republic, was the 2011 UCI Elite Men’s world champion and World Cup champ, as well as the 2012 Olympic gold medalist. As strong as they both are, it was still an extremely tough battle competing against the world’s best riders.

“We took the leaders’ jersey halfway through the race, at the end of Stage 3, and held it from then on,” Grotts told MBA. How long did the races last each day? “It was somewhere around three and a half hours a day. The average length of the ride for the first four stages was around four hours. The last stages were shorter, probably around three hours, so the average time per day was probably about three and a half hours on average. The total number of race hours was around 25 1/2 hours.” After each day of racing, the racers would get massages and refuel their bodies. “We would usually have recovery shakes with protein to repair our muscles, along with carbs and plenty of salt because we were sweating a lot and had to replace it.” 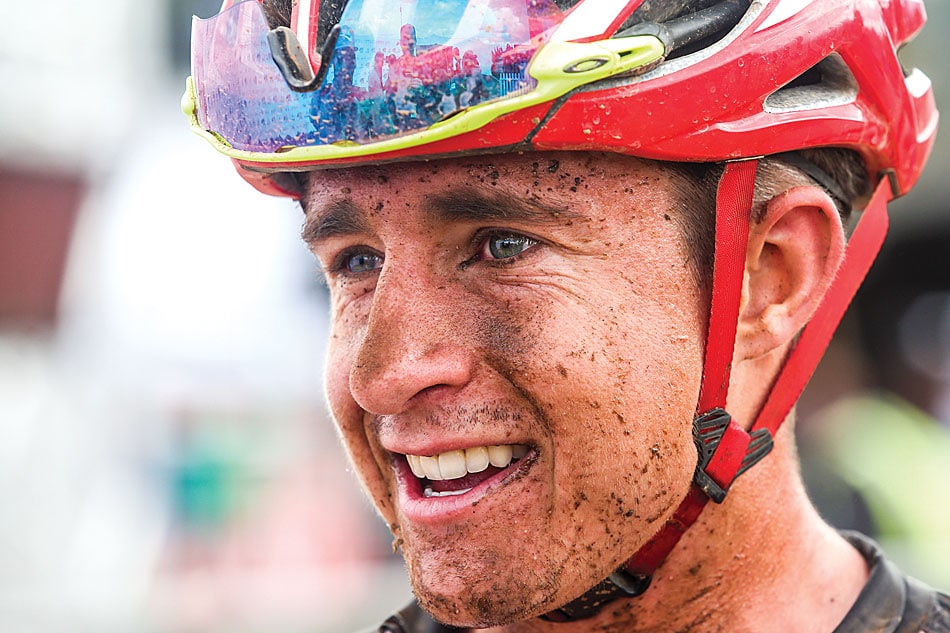 Halfway through: Grotts was smiling by the end of Stage 3, as he and teammate Jaroslav Kulhavy earned the leaders’ jerseys for the first time in the event. Photo by Shaun Roy/Cape Epic/SPORTZPICS

What model bike was Howard riding? “I rode the newest Specialized Epic that came out last year, with Specialized Renegade tires with heavier sidewalls than most tires. We needed the heaviest sidewall protection we could get to minimize the risk of flat tires.” For his drivetrain, Grotts told us, he was using SRAM’s 12-speed Eagle setup. For brakes, he was running Magura MT8s.

Since the teams had to do their own repairs, the riders carried some additional things as well, Grotts told us. “In the SWAT box, I had a tube, a tire patch to repair sidewall tears, CO2, zip-ties, spare valves for the tires in case we broke them, and a multi-tool,” Grotts told us. As it turned out, the heavier tires worked out well. “I had one flat and Jaroslav had a couple,” he told us. In the event of larger punctures, the guys would fix them whenever they could. “We carried Dyna plugs to stop any holes that the sealant couldn’t stop.”

We asked Howard how much his bike weighed. “I bet it was somewhere around 22 to 23 pounds,” he told us. He estimated that was about 2 pounds heavier than the bike’s normal race weight, thanks to the beefier tires and the contents of the SWAT box.

“Jaroslav and I each went through six to eight water bottles a day,” Grotts told us. “We’d each go through two 24-ounce bottles an hour. It only got really hot on one of the days. For the most part, it was pretty ideal for racing.”

We asked Howie what advice he’d give to someone who planned to race the Cape Epic. “Start your training earlier than you think,” he told us. “I had three months’ build-up for the race.”

KATE COURTNEY’S SIDE OF THE EQUATION 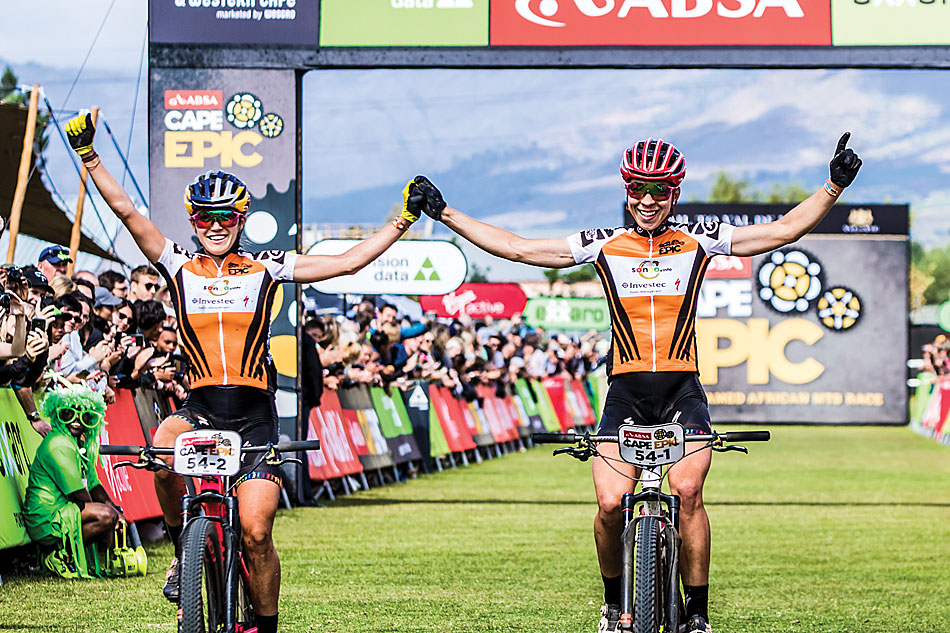 Kate Courtney, USA Cycling’s 2017 Pro Women’s National Cross-Country champion, was teamed up with Annika Langvad, the UCI’s 2016 Elite Women’s XC world champion. The two Specialized teammates led the event from the first day to the last, winning the Prologue and six of the seven other stages, to win the overall title by a margin of 46 minutes.

“I couldn’t have asked for a better first experience at the Cape Epic,” said Kate. “It’s an incredibly unique event—both in terms of what it demands from its racers and because of the large team of support it requires. It was a huge challenge, but also showed me how far I can push my mind and body.

“Personally, I really enjoyed racing in a team for the first time and learning to work together and maximize our collective strengths. I was also pretty lucky to race with one of the most talented, humble and gracious athletes on the circuit!

“Beyond our partnership, the broader team of support at Specialized became critical to our success day after day. Truly anything can happen in the Epic, and having a great team around us to manage our risk of illness, mechanicals and injury was a huge part of our success.”