“Woodward was a dream location for me growing up, so it was exciting to participate in the opening of the newest Woodward creation in Park City. Throughout my career Woodward has given me the tools to develop my skill further, along with so many other athletes, so it’s great to see the facilities expand into more areas”

It’s a cool thing when parents and kids can have a shared dream of something amazing. For my family, Woodward’s newest location in Park City, Utah, is the living embodiment of that dream. Started 50 years ago in Pennsylvania, Woodward offers the premier action sports training facilities in the world. It began as a gymnastics camp in 1970 and has since grown and evolved to include BMX, skateboarding, mountain biking, skiing/snowboarding, parkour, scooters, and even a digital media studio where you can learn how to film and edit videos and photos. This is where X Games champions, Olympians and other superstars have gone to train, and it’s also the best summer camp in the world. With this new facility, the dream is now open to everyone young and old, first-timer to pro. Woodward Park City will be open 365 days a year from 10 a.m. to 8 p.m., indoor and outdoor.

As a pro mountain biker, I have moved twice in my life to be closer to a Woodward facility and made countless trips to visit Woodward locations to train in the winter, learn new tricks and stay dialed on my bike. I even went to Woodward Gymnastics Camp at its original location in Pennsylvania when I was 12 years old, which built the foundation for my aerial awareness and planted the seed for doing tricks over jumps on my bike. As Woodward grew, they built a second location in Tehachapi, California, to serve people who live out west. This was built like an Old West-style town, with huge outdoor skateparks, dirt jumps, a BMX Supercross track and MTB slopestyle features. Then they noticed that ski and snowboard athletes were lacking great places to train and began building locations at Copper Mountain, Colorado, and at Lake Tahoe in California. These locations have snow facilities to learn tricks and progress, as well as indoor riding zones with foam pits, resi landings, trampolines and more.

You might be wondering how this applies to you as a mountain biker? Well, that’s where the new Park City location comes in. The location is not only connected to the Park City area mountain bike trails, but they brought in Alpine Bike Parks to build their own trails that are accessed by their new chairlift. The lift will bring you up about 400 vertical feet where you can choose from green, blue or black flow trails with berms and jumps. They also have a dirt-jump line built by some of the best BMXers in the world, and everything at the base is connected by a huge asphalt pump track and skatepark features. The idea is that a kid or beginner can come here and progress from first timer to any level they want to ride at with time. The riding features all progress—from beginner to pro level—and there are coaches on staff all the time to help with the learning. It’s just as fun for kids as it is for the parents. It’s really a family area for learning and progression. Want to learn backflips? No problem! Want to learn how to hit your first gap jump on a trail? No problem! Want to learn how to do all the tricks Brandon Semenuk does in Crankworx slopestyle? Well, that might take a while, but this is the place to do it.

Along with bringing in some of the best trail builders in the world for the mountain bike stuff, they brought in Nate Wessel, legendary pro BMXer, to assemble a crew and build the 66,000 square foot indoor ramps. He is known more for his building than his riding at this point, having built some of the most amazing ramps and skateparks in the world in the last 20 years, including X Games courses, Nitro Circus events, and many Red Bull event builds. For the 10,000-square-foot indoor concrete bowls, they brought in California Skateparks, a company that is also a global leader in building parks like this. Along with building the other Woodward concrete parks, they built the Berrics, Fantasy Factory and many more.

As you would expect, the grand opening of Woodward PC was insane. For me, sitting on the roll-in getting ready to drop in next to Mat Hoffman and Ryan Nyquist wasn’t just a dream scenario on its own. The fact that this roll-in was in my hometown of Park City, Utah, was the real dream come true, and it’s still hard to believe that it’s real. Woodward Park City was a long time in the making, although the construction itself was completed in an amazingly short time. They invited the greatest list of action sports heroes outside of the X Games: Tony Hawk, Travis Pastrana and the Nitro Circus crew, Sage Kotsenburg, Danny Davis, Joss Christensen, Tom Wallisch, Tanner Hall, Jeremy Jones, Ken Block, Brandon Semenuk, Reed Boggs—the list goes on and on. It was pretty amazing.

One of the coolest things about having this amazing group of athletes from different sports together was realizing how much we all have in common and how much we all inspire each other. If you have been in the action sports world for a while, you will surely remember the time when skiers and snowboarders didn’t get along, BMXers didn’t think MTB was cool and even skateboarders didn’t like BMX riders. While some of that may persist in some places, it’s long gone here, and it’s a breath of fresh air. Everyone is treated with respect, and we’re all just happy to see other people living the same type of life as us, regardless of what their mode of transportation is. We all just wanna get rad! 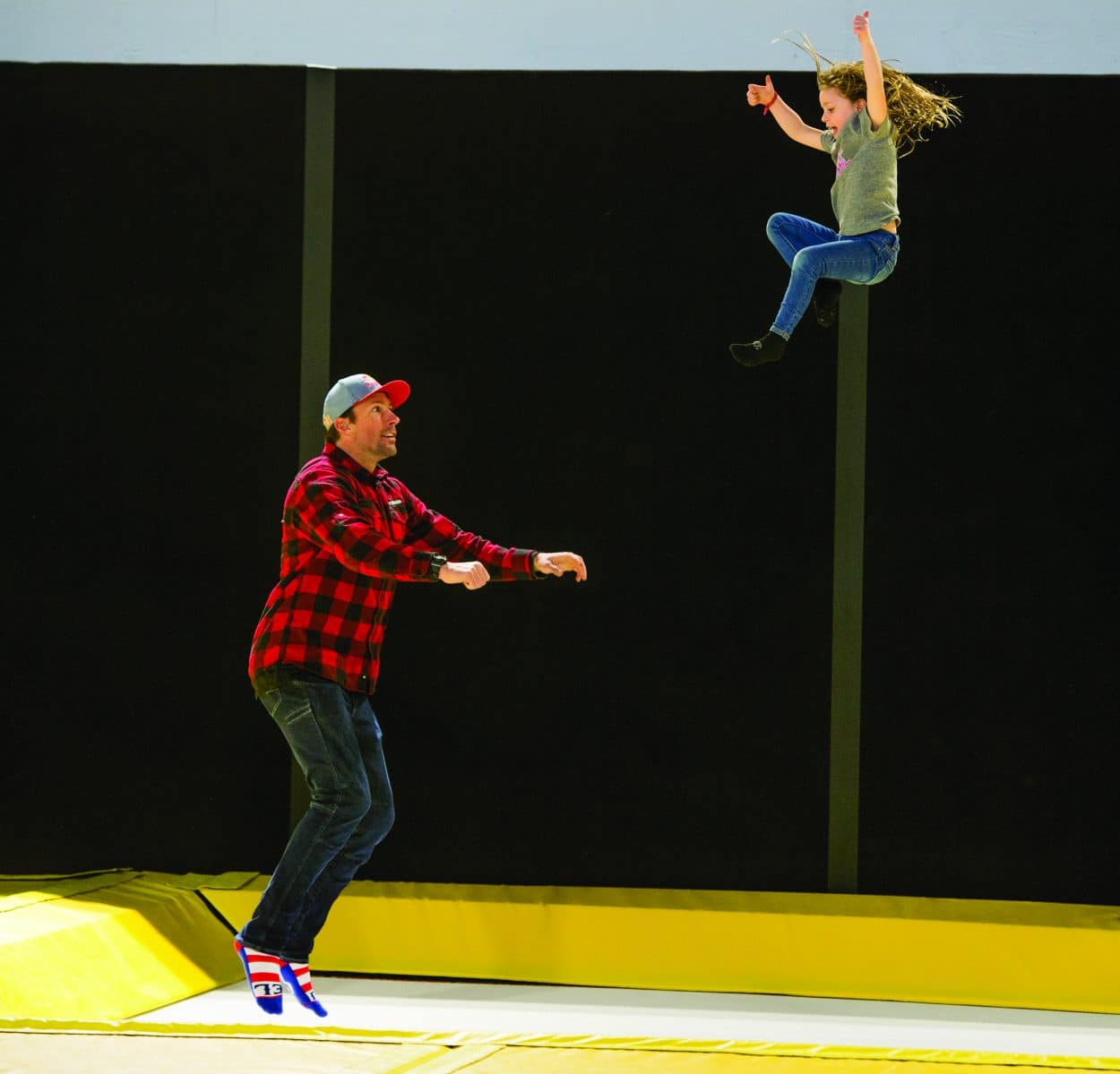 On opening night, I was talking to the owner of Woodward, John Cumming, and I mentioned how on the surface it’s crazy that a place like this exists, since it’s something that was only recently just a dream. Then the more I thought about it, I can’t believe that places like this aren’t everywhere. His response was that hopefully places like this will be everywhere soon, with the next Woodward starting construction soon in Sydney, Australia. The real key is that places like this are allowing people to safely live out their dreams and take their riding to the next level, wherever that may be! 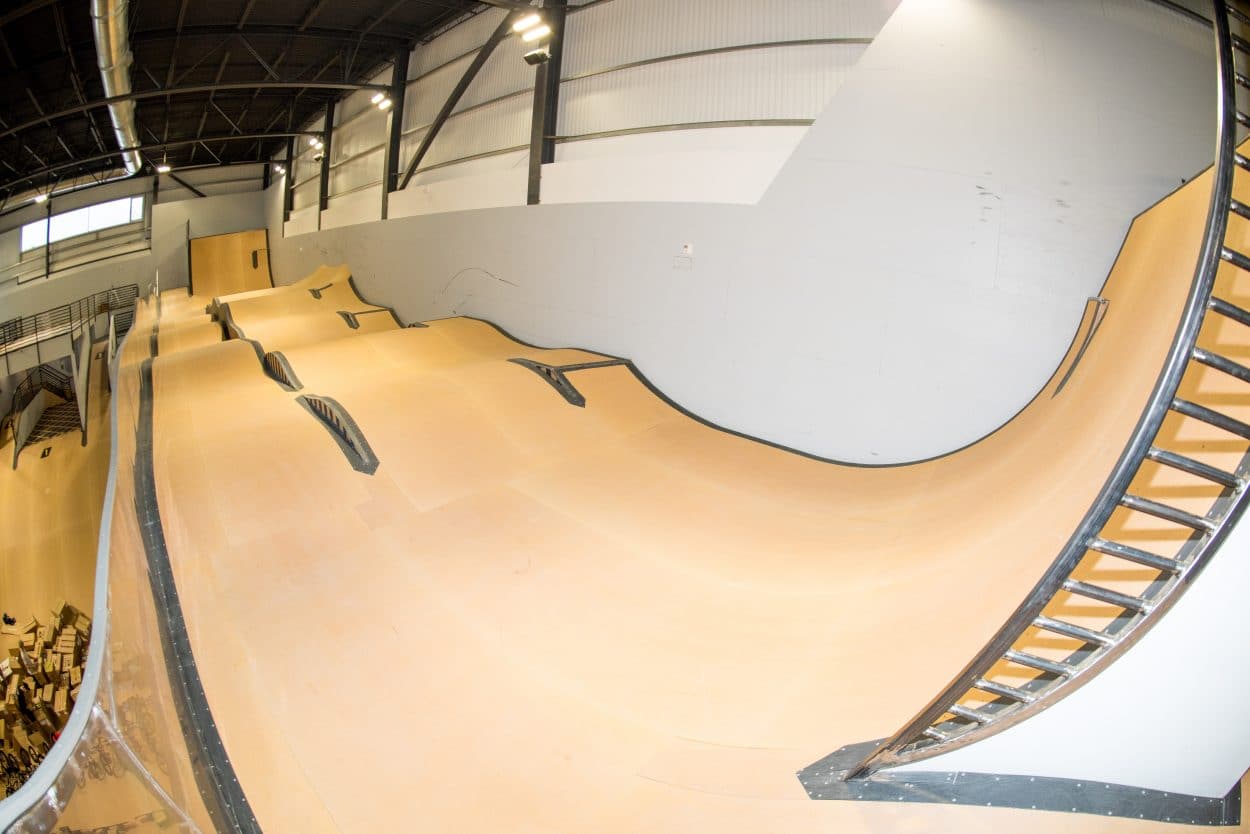 “Opening weekend at Woodward Park City was off the charts! So many features for fun and for learning new tricks. Woodward has played a huge role in my career. Growing up going to Woodward every summer has helped my riding tremendously. From every skatepark feature to different styles of dirt jumps, I feel like it helped shape my freeriding abilities!”