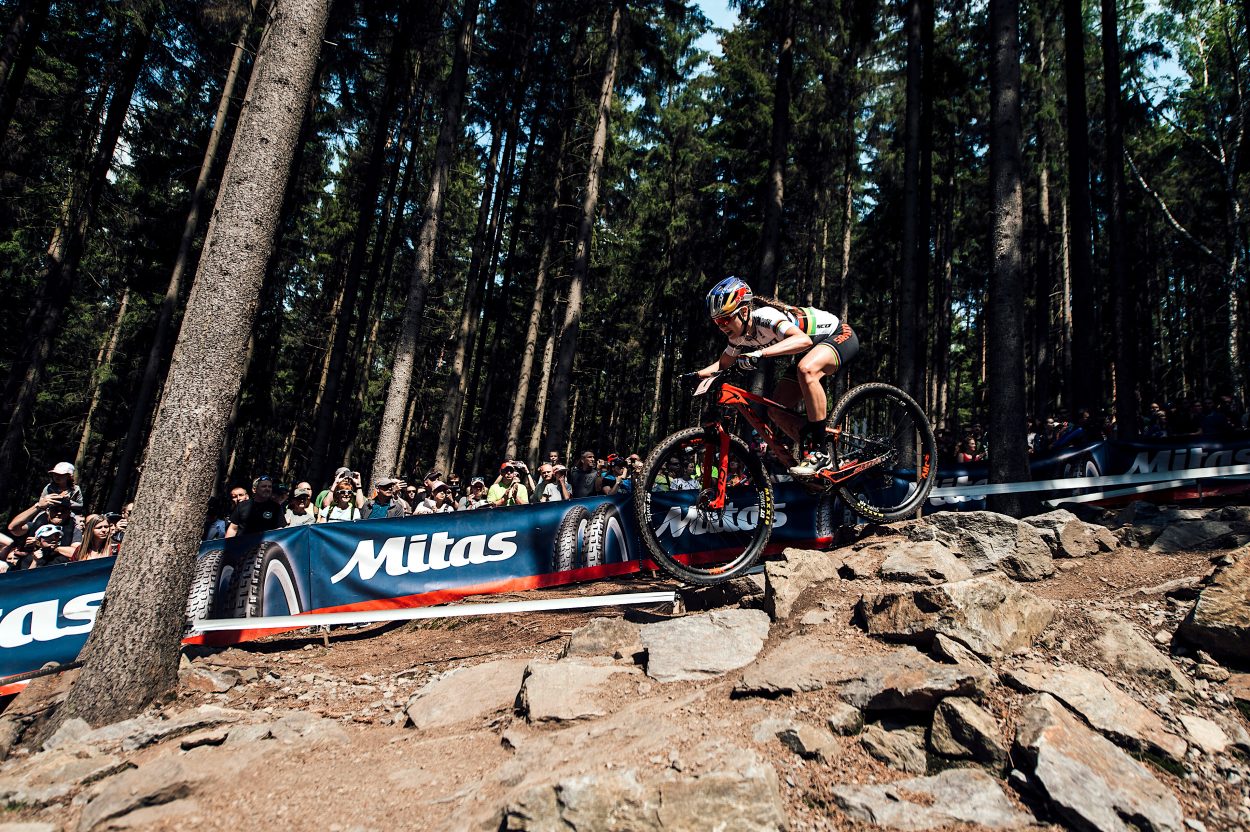 – Courtney won the 2019 season opener in Albstadt last week to become the first American woman to win an XCO race in 20 years and she started brightly again.

– Dutch rider Anne Tauber looked in control towards the finish, however suffered a bent rear derailleur on the final lap to let Courtney in for back-to-back wins.

– Australian Rebecca Ellen McConnell and Canada’s Haley Smith both had career best finishes in second and third with Tauber 10th and Sweden’s Jenny Rissveds 30th on her emotional UCI MTB World Cup return from depression at the scene of her 2016 World U23 triumph.

– Courtney, 23, said: “I am so gutted to see her (Anne) have an incident in the last lap. I was just trying to stay focused on riding clean lines. When I had my flat it was a little bit of a tough mental day, but I was able to reset and focus on my own pace.”

– Tauber added: “I am not really sad, but really angry at myself because I am in good shape. I have improved a lot technically, but I don’t know how to win yet.” 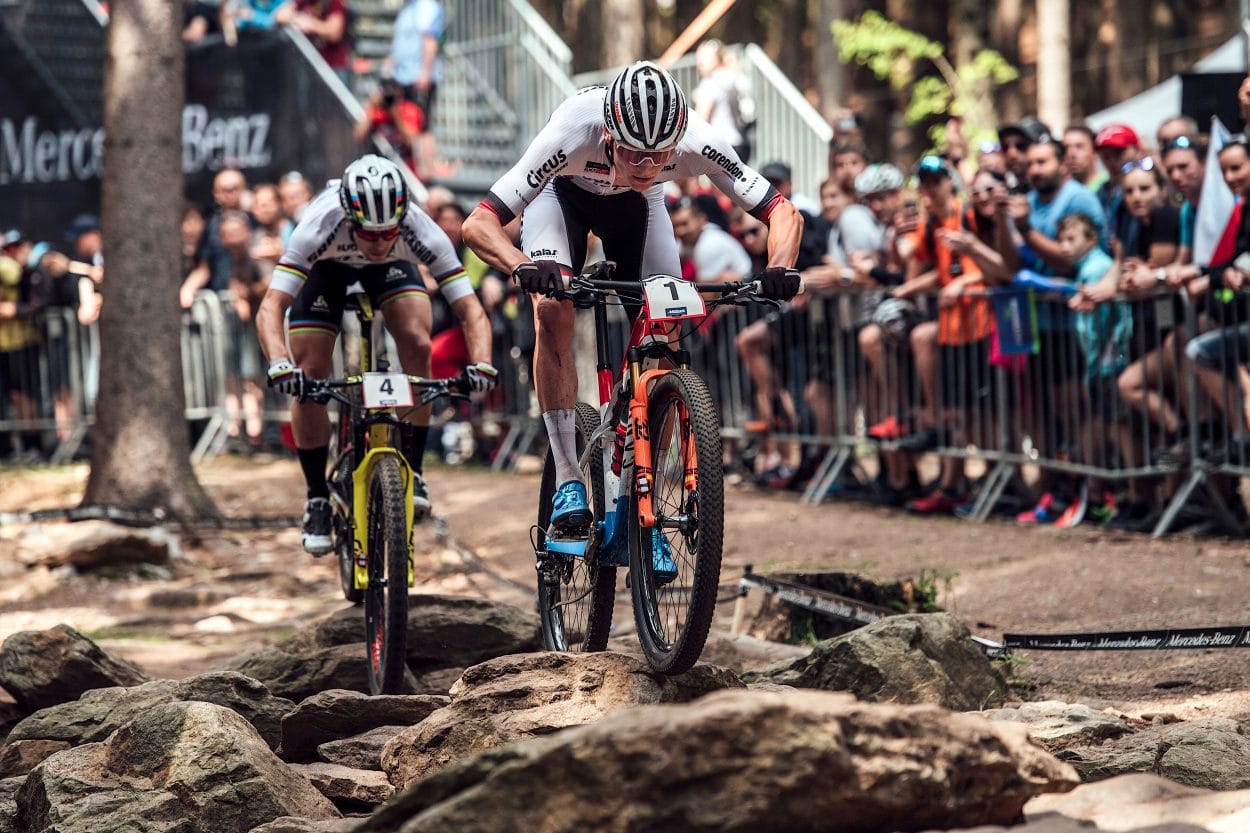 – In the men’s race, Van der Poel produced a brilliant surge to finally get the better of rival Schurter and record his first UCI World Cup win on a mountain bike.

– The Dutchman tracked the six-time World Cup champion for the first half, then used an uphill surge two laps from the end to create a winning gap.

– Van der Poel, 24, revealed: “It is extra sweet against one of the greatest mountain bikers. I went all in and I am really happy to finally take that World Cup win.”

– World champion Schurter, 33, added: “I tried to break him over the last three laps, but he was just too strong today. It was the best possible result for me.”