The timed downhill qualifiers were held Thursday in preparation for the first of the two World Cup downhill races to be held this weekend in Maribor, Slovenia. The first race will be Friday. The second race will be Sunday.

Australia’s Tracy Hannah was the fastest qualifier among the women, while Great Britain’s Reece Wilson, who won the World Championships last weekend, came out first among the men.

Loris Vergier, who had scored the fastest timed training run yesterday, placed fourth-fastest in his qualifying round today.

Dakotah Norton was the fastest American today, placing eighth in the qualifiers.

American Aaron Gwin and South African Greg Minnaar qualified 19th and 20th today, respectively. The two riders top the record list for the most World Cup downhill wins in history in the Elite Men’s ranks, with Minnaar having 21 wins so far and Gwin having 20.

Of course, as we know from other events, qualifying times don’t always line up with the race runs in the finals. Reece Wilson was the 45th-fastest qualifier in the World Championships last week, but he came back and won the title in the finals.

Below are the timed-qualifying results for the Elite Women and Elite Men from Maribor. 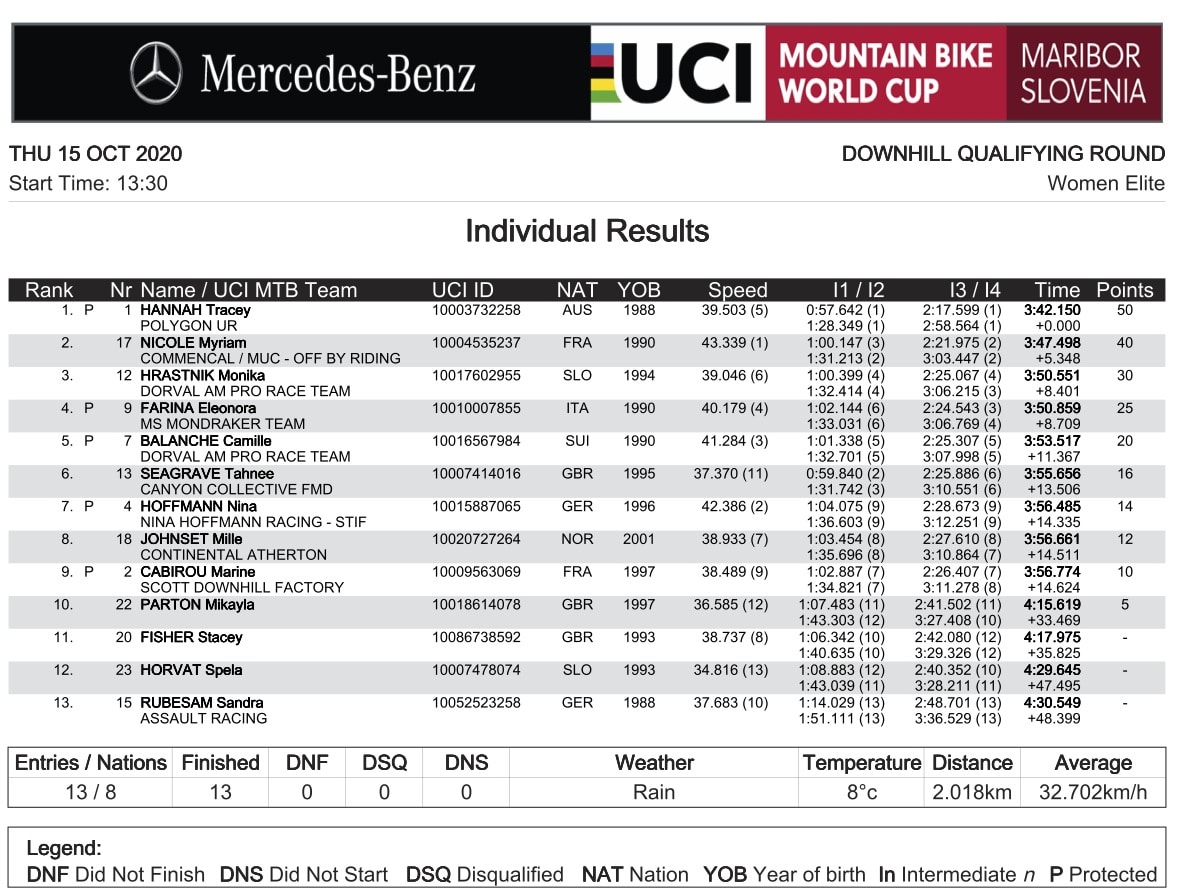 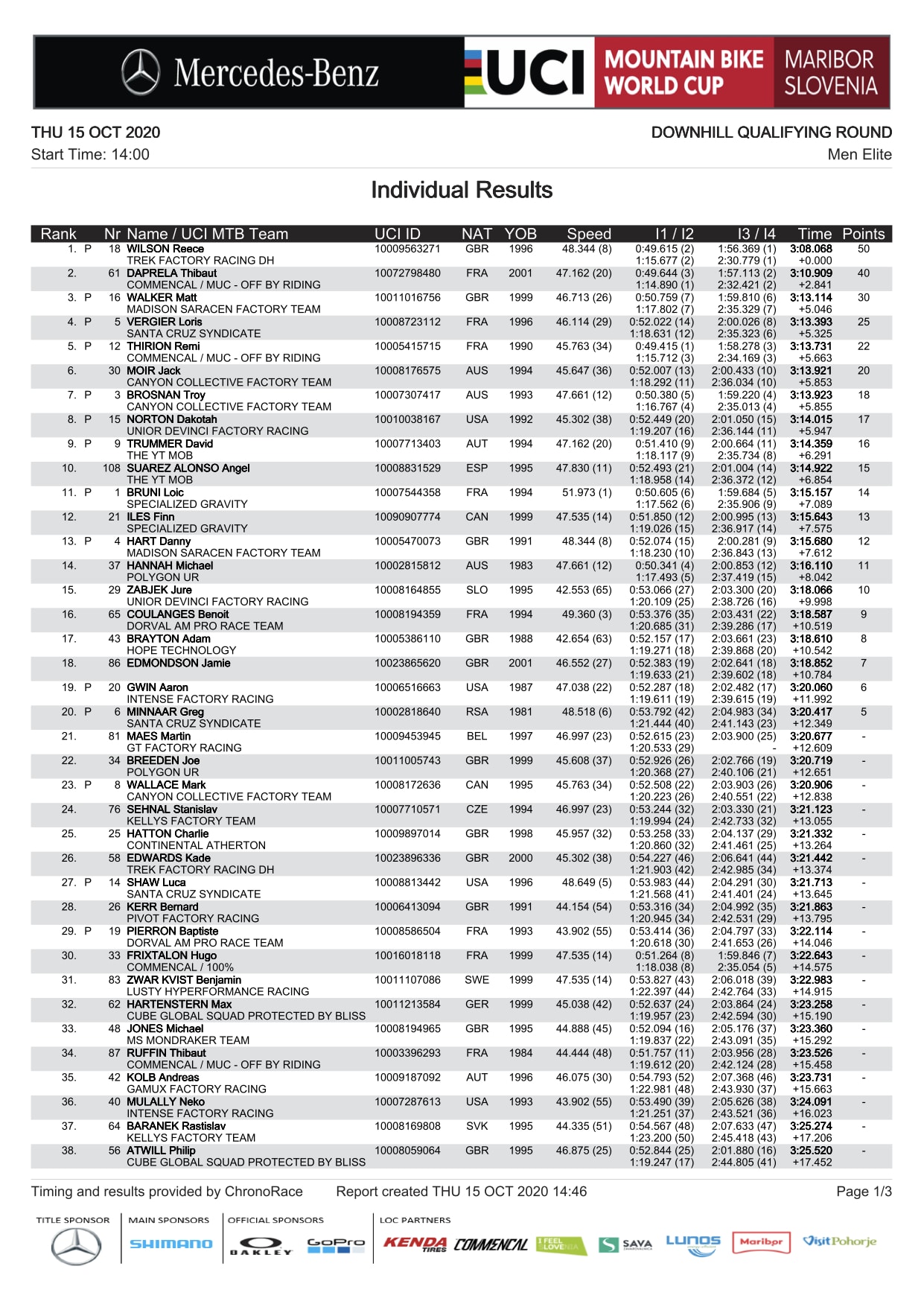 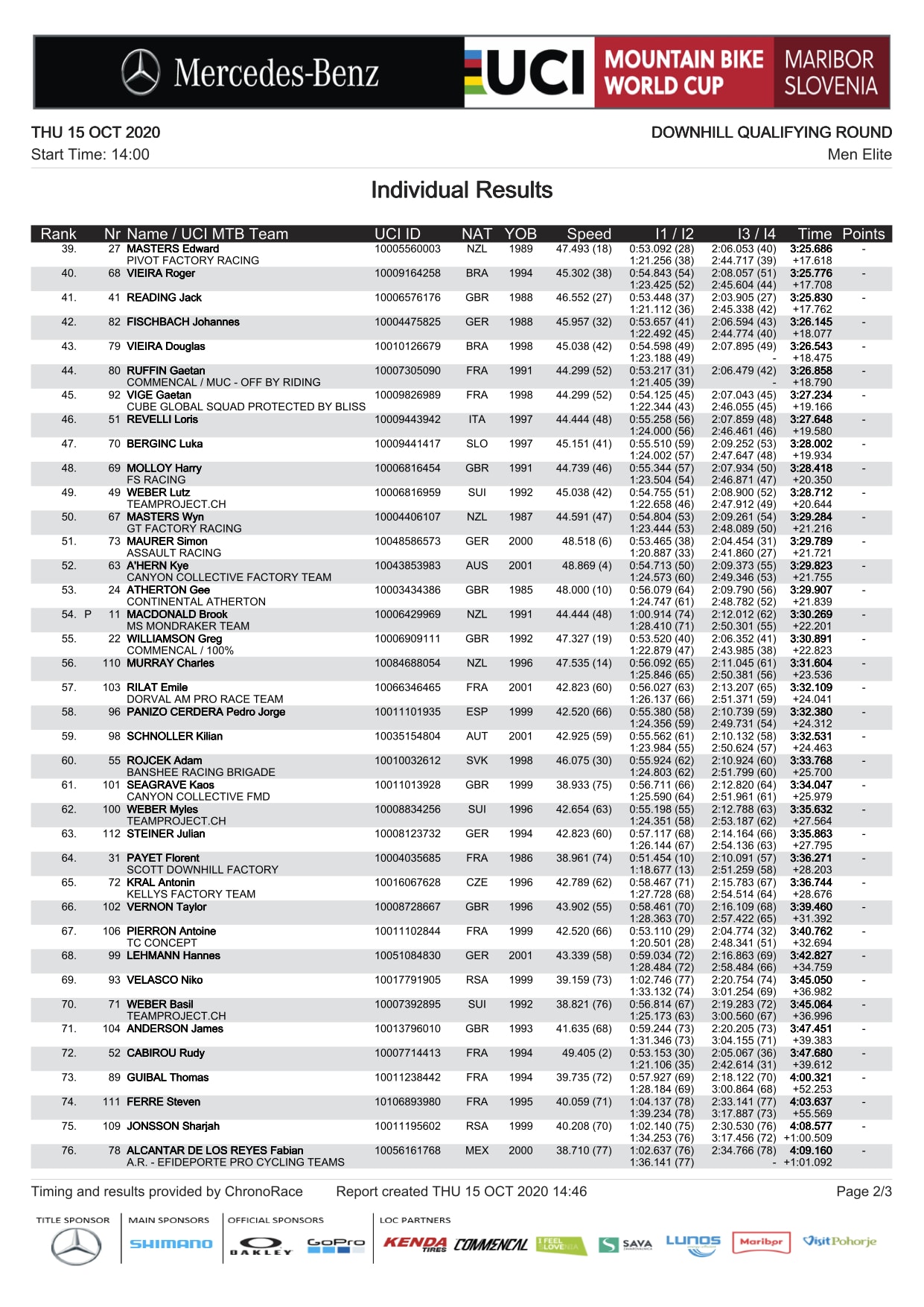 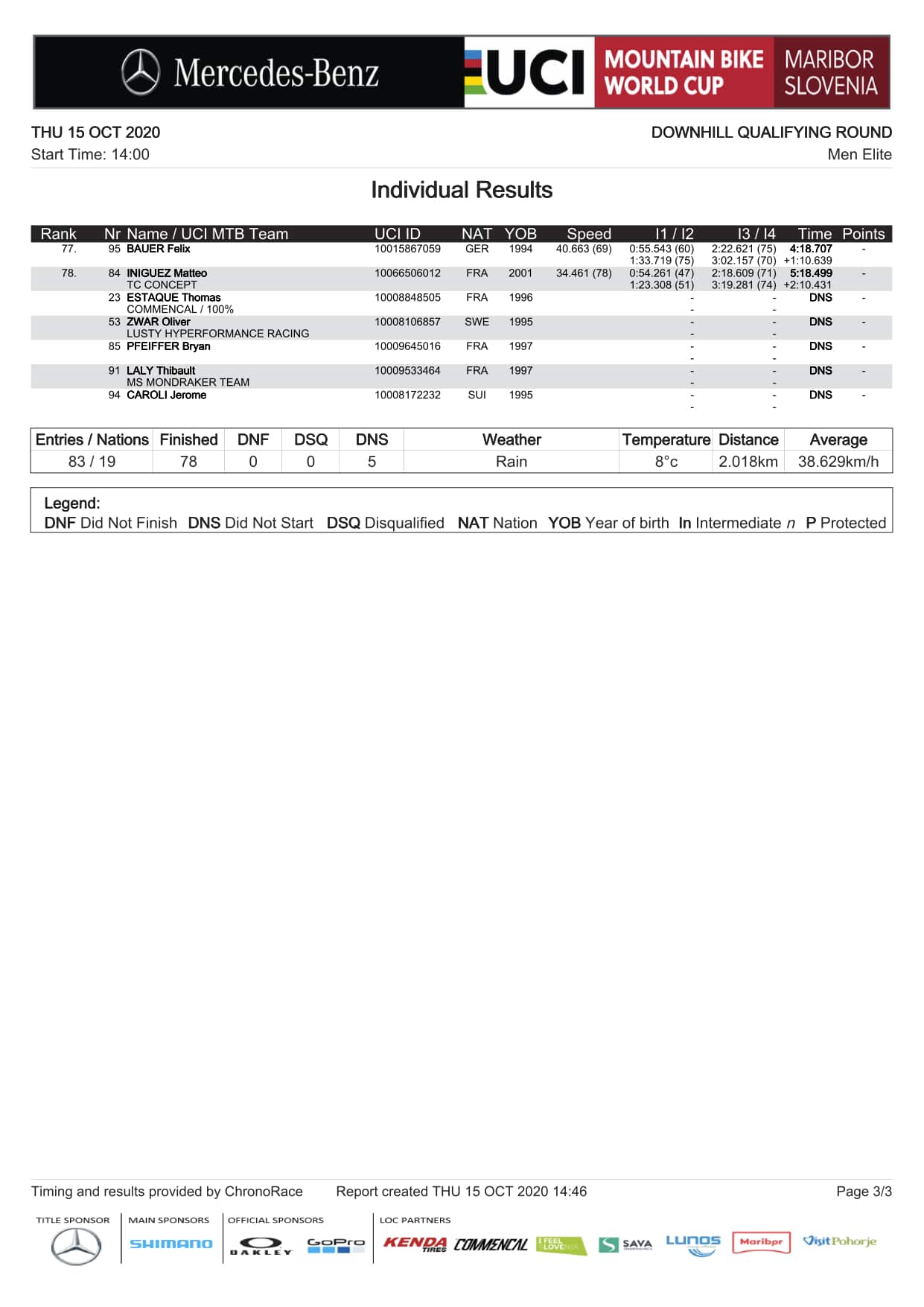