In the Elite Men’s race, Nino Schurter scored his 33rd World Cup XCO win, tying Julian Absalon’s record for the most Elite Men’s XCO World Cup wins in the history of the sport. 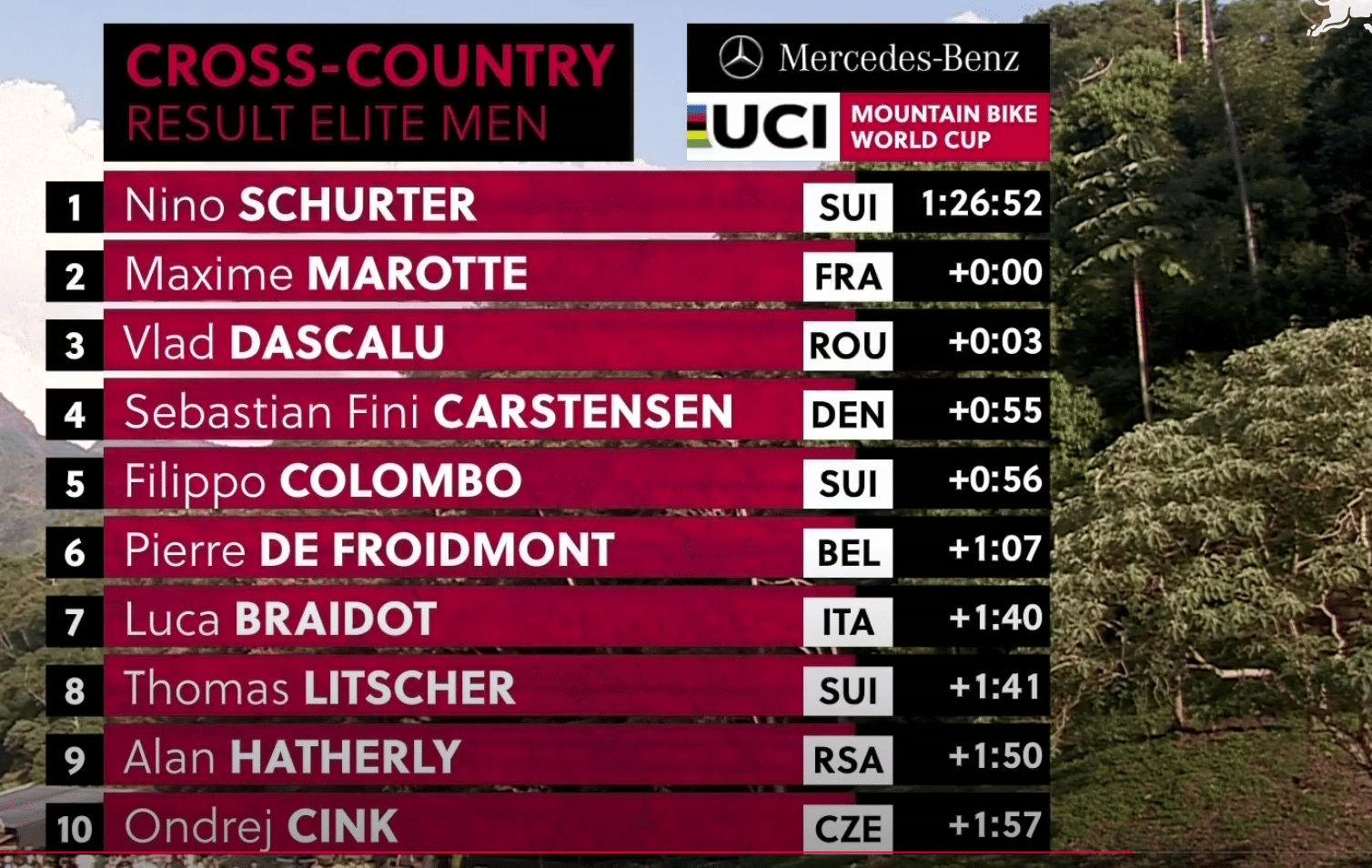 Here’s the link to see the Elite Men’s results:    petr_xco_me_results_y

Click this link to see the Elite Women’s results:    petr_xco_we_results