Mountain biking wouldn't be the same without Gary Fisher.

BACK TO THE FUTURE

The package landed on my front porch with a thud. As soon as I opened the box, I could feel the smile breaking across my face. It was the latest endeavor from mountain bike pioneer Hall of Famer Gary Fisher, a book titled (appropriately enough) Being Gary Fisher and the Bicycle Revolution. The cover art could only be described as both outlandish and so perfectly Gary. When I opened the book, I discovered an inscription from the old man himself, “To Zap, thanks for being you!” 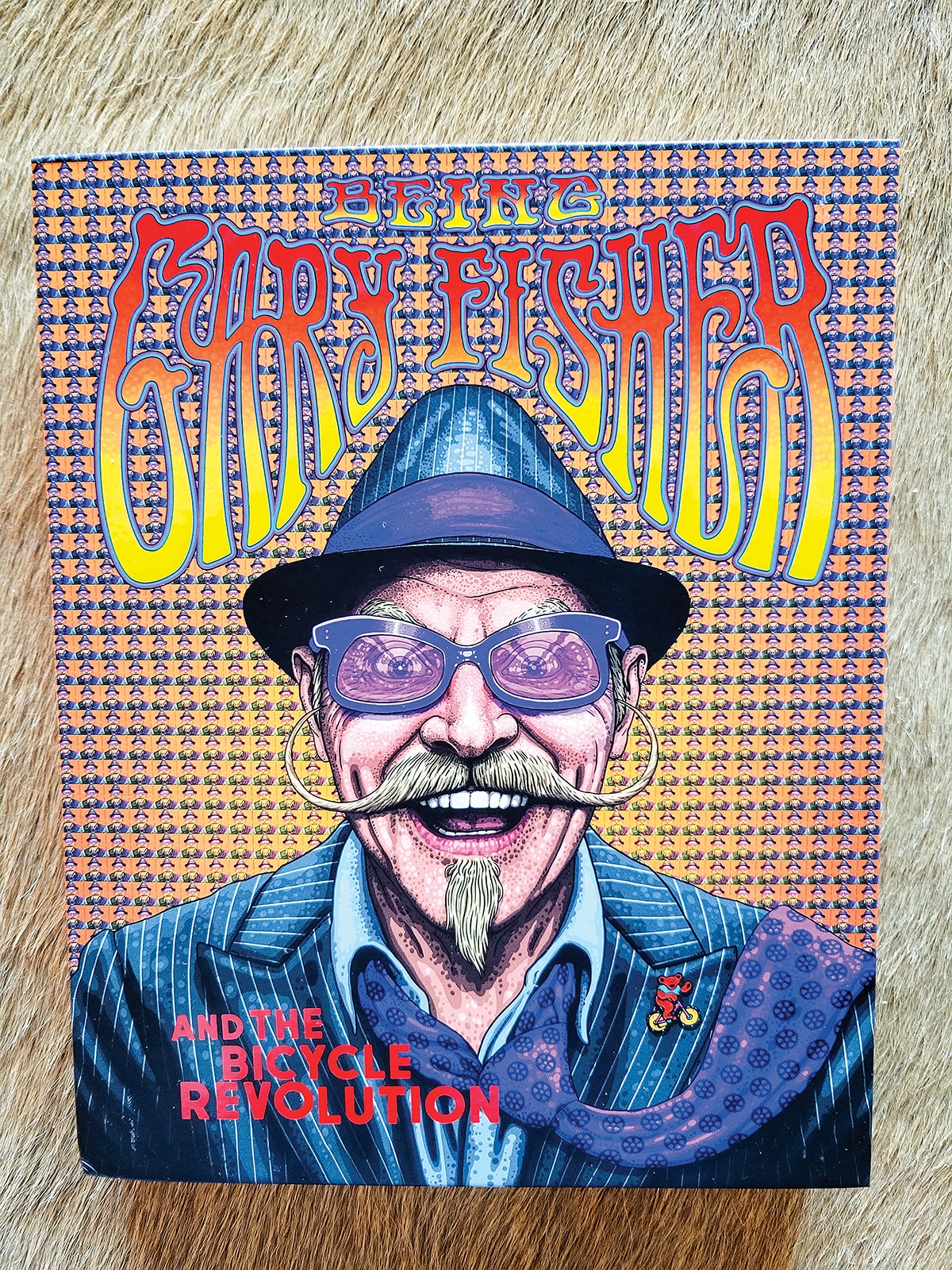 Although I wasn’t around in the heyday of late ’70s mountain biking on Mount Tam, sometime back in the late ’80s I had the opportunity to ride the famed fire road with both Gary and fellow pioneer Joe Breeze. In the years that followed, Gary would be a regular source of helpful fat-tire history and knowledge for me as I began charting my way into the world of mountain bikes.

No different from his Mount Tam cohort, the depth of technical knowledge that Gary had about bikes was impressive. From Schwinn Excelsiors to ’70s-era Euro road bikes, Gary was a virtual encyclopedia of bike parts and brands. Still, it wasn’t until the 1990 World Championships in Durango, Colorado, when he showed up with his full-suspension RS1 bike that I truly began to appreciate the level of vision he had—not only for the bikes we were riding, but, more important, for the bikes we eventually would be riding.

Influenced by the flower child/rock & roll culture of the ’60s that runs through his veins, self-promotion with an air of flamboyance has always been part of Fisher’s persona. And, it was that part of him that simultaneously attracted me to him and turned others away. Unlike his fellow (more conservative) pioneers, such as Joe Breeze, who remained too polite to enshrine himself in like manner, and Tom Ritchey, who largely sneered at outsiders, Gary was always more than happy to fill the headlining role for them all.

I remember the time he came over to my house back in 1990 for a post-ride shower after a solid day of pedaling in the nearby Gabrielino Mountains. Gary went first, and then I left him with my wife and kid to keep him company while I cleaned up. As I was getting out of the shower, I could hear Gary’s voice down the hall talking about bikes and Mount Tam. With whom, I wondered? To my amused horror, when I walked into the living room, there he was, providing the play-by-play to a back-in-the-day video he’d popped in of him riding with the other Marin pioneers. I yelled at him to let my family free before we all jumped in the car for a post-ride Mexican feast where we could hear more about the glory days!

What those who’ve scoffed at Gary’s talent for Fisher-infused gab have missed is that, beneath the veil of self-promotion, he has always been a profound and sincere messenger on the importance of cycling. That he can be mischaracterized as unserious or less enthusiastic about how great a solution a bicycle can be to the ills of modernity is unfortunate. In the latter part of his book, Gary’s zealotry for the bicycle as a transportation solution and not just a recreational tool is evident.

While history will record Gary’s talents as a great bike designer and innovator, he was never much of a businessman, hence Trek’s purchase of his eponymous bike brand in 1992. And while I’m sure the accountants back at Trek HQ had their own reasons to eventually shut it down 18 years later, it was unfortunate to lose a brand so infused with a sense of color, whimsy and innovation.

The one thing I’ve always admired about Gary (in addition to his Paul Smith suits) is that from the beginning he’s been an advocate of racing. From his earliest days as a teenage road racing phenom to his owning the fastest time down Mount Tam on his Klunker, Gary has been a racer who believes in competition. It’s because of that enthusiasm that we’ve had champions such as Joe Murray, Mike Kloser, Sara Ballantyne, Paola Pezzo and Jeremy Horgan-Kobelski to celebrate.

Try as I might, it’s hard to think of anyone capable of filling Fisher’s shoes in today’s world. At a time when the mountain bike itself was seen as some kind of anarchistic radical bent on upending the stifled bike industry in the ’80s, Gary was the perfect embodiment of this new category of bike that would literally revolutionize the world. It was under Gary’s leadership that such notable steeds as the Pro Caliber, the Grateful Dead bike, the Sugar full-suspension bike, and, oh yeah, that thing called the 29er were produced.

Gary Fisher is alive and well up in Marin. He still thinks about bikes all the time. It’s sad that his particular brand of NorCal flair and genius has been replaced with humorless stiffs who see the bicycle only in terms of an engineering/profit assignment. Everyone who calls themselves a mountain biker should read the book, if only to be reminded that, as Gary says, “Bikes really are the happiest invention in the world.”

HOW TO PICK THE PERFECT HANDLEBAR FOR YOUR MOUTAIN BIKE