One of the greats

With nothing but the echo of gunshots from the next canyon over and a menacing cow tracking my every step, there I was standing on a dirt road somewhere on the outskirts of Bakersfield, California, waiting. It was another year and another race. Just waiting.

Next came the chase group, and among them I spotted Tinker Juarez, who was mixing it up aboard his new Squad gravel bike. While certainly not the norm, seeing Tinker in the drops was a bit familiar, as over the years I’d occasionally see him out training on his road bike. This time, I couldn’t help myself and ran alongside the former NORBA national champion (his natty dread locks streaming underneath his helmet), cheering him on, “Let’s go, Tinker!” 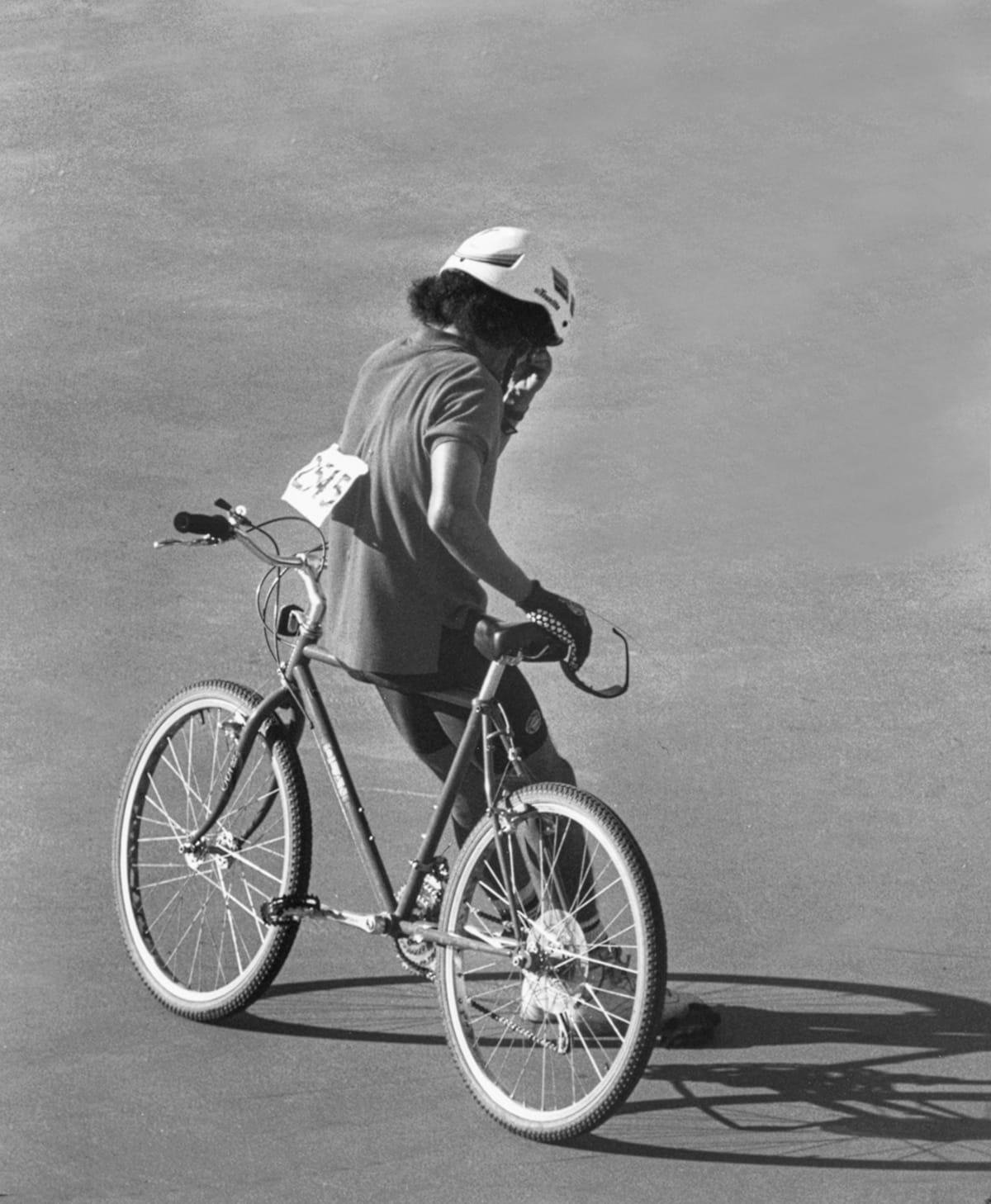 To say that Tinker and I go back would be an understatement. Just after I’d been hired by Mountain Bike Action in 1986, we’d gotten a call from the renowned rider agent/cycling enthusiast/BMX racer/life force Charlie Litsky who was looking for a bike for Tinker to ride. Tinker had been putting the finishing touches on his legendary BMX career and had just begun making the transition to riding 26-inch wheels.

While I had no real clue who either Litsky or Tinker were, I did know that Litsky had been our connection to another BMX racer by the name of John Tomac. I decided to find Tinker a bike, and the only one available was the Roland Pack Saddle bike that I was testing. Two things worth noting were that: 1. The “mountain” bike race was actually called a “scrambles,” and it took place on the grounds of the old 7-Eleven Olympic Velodrome in Dominguez Hills with no actual “mountain” to be found anywhere nearby. 2. Priced at $300 and weighing 30.25 pounds, the steel Roland “mountain” bike was really just a city bike rolling on slightly treaded 2.25-inch Kenda All Terrain tires (MBA, April 1987).

All that aside, we handed the bike over to Tinker for his first-ever mountain bike race, and he ended up finishing fourth. After that weekend, I lost track of Tinker’s racing exploits for a couple of years until he showed up at the ’88 NORBA Nationals riding for General. To say that Tinker looked a little ragged back in those days (a half-inflated inner tube always protruding from his jersey pocket) would be an understatement.

By 1990, Tinker had become a recognized pro rider, riding oversized aluminum-tubed Kleins that stood out with their triple-fade paint schemes and massive, rigid aluminum forks. He stayed with Klein until 1994 when he switched to the “other” American aluminum brand, Cannondale, which was assembling a super team with the backing of Volvo as a title sponsor. This was the real beginning of the “Tinker era,” as he would claim three National XC titles, plus a Pan American gold medal in ’95, multiple 24-hour National titles and be a member of Team USA at the Olympics twice. 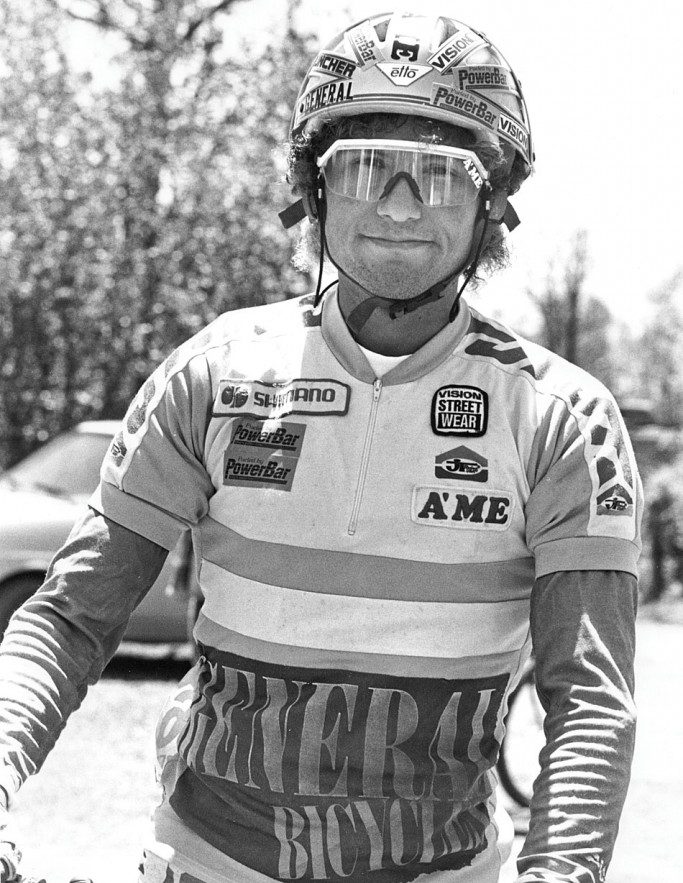 As I was chasing down interviews the day before the Rock Cobbler, I spotted Tinker driving into the parking lot in his van, still covered with Cannondale colors despite the two having ended their nearly three-decade relationship last year. Tinker was his usual ageless, fit and trim self, as he spoke of his new tenure on the Floyd’s of Leadville team.

The next morning I found Tinker surrounded by hundreds of other racers at the start. He gave me a nod, and I wished him luck. Little did I know then that in a few hours I’d be running alongside the legendary mountain biker just as I had done at so many mountain bike races some 30 years prior. As the old saying goes, “The more things change, the more they stay the same!”

Weeks later, on a cold and wet day that was perfect for being indoors to talk, I reached out to Tinker to talk about his place in the sport. Typically, I caught him just as he was headed out on another training ride—rain or shine!

When I asked what it was about riding bikes that keeps him going, he was straightforward as always. “Ever since I was a kid, I always wanted to race my bike as a job. To go out and ride and come home thinking I was at work all day is what I live for. With a full race schedule, the hard work is to maintain the fitness to stay competitive. I still get invited to races, and it ain’t because of my looks or speech-making; it’s because people recognize that, even at 60 years old, I still race to do well.”