Mountain bikers sure are a funny lot. I guess, not really any funnier than any other group of two-wheeled social misfits (and since I do group road rides, trust me, I know!). But, just like their skinny-tire riding brethren, I’m always amused to see and hear all the commotion that often surrounds the arrival of new technology.

As I’ve recalled here previously, the technology that so many modern-day mountain bikers now enjoy and take for granted, like suspension and disc brakes,  was not so widely celebrated back in the day. In the early ’90s there was many a high-pitched battle between those who advocated the arrival of new technology and those who did their best to fend it off. For this latter group, disc brakes and suspension were the stuff of the “moto crowd” and represented some kind of existential threat to their idealized version of what the ultimate bike was, aka the rigid mountain bike.

Of course, the truth is, those technologies really were only made possible due to actual “moto crowd” personalities like Mert Lawwill, Robert Reisenger, Paul Turner, Steve Simons, Horst Leitner, Rich Williams and Doug Bradbury. But, while the accusation had merit, just imagine where the sport would be without their throttle-backed input?!

And now all these decades later we have so many mountain bikers going on about the threat posed by e-bikes. For this new lot of NIMBY (not in my backyard) mountain bikers, I hear repeated cries of, “It’s not a mountain bike, it’s a motorcycle.” Well, sorry if my first response is, “Yeah, I’ve heard it all before!”

As someone who spent ample years twisting throttles in pursuit of a pro career (as well as years spent as a staffer for our sister zine Motocross Action), I know what a motorcycle is. And given that the e-mountain bikes being marketed and ridden today lack a throttle, it’s pretty accurate to say that they are not motorcycles. After all, pedal assist is not throttle assist.

Just a few weeks ago I was witness to an ironic discussion among a crew of Mt. Wilson drop-off riders who were enthusiastically chiding the concept of e-bikes. What seemed to escape these guys was that, as they sat there throwing shade on the countless e-bike riders, young and old, who now count themselves as part of the cycling family, here these guys were wrapped in full-face helmets and pure moto attire (Troy Lee Design, Fox and Fly) and having just paid to be driven to the top of the mountain for their e-ticket descent.

The most dispiriting notion of hearing so many mountain bikers harsh on e-bike riders is the air of separatism and antagonism that seems implicit in their words.

Worse is the anti-e-bike sentiment coming from so many newer dirt converts who A. have little knowledge of the sport’s history of fending off the anti-mountain bike effort posed by hiking and equestrian groups, B. voice alarm about the danger of trail conflicts posed by e-bikers while ignoring the reality of so many over-suspended “senders” who care little about shared trails if it impairs their downhill runs, and C. feel as though they are the “real” voice of the sport and know better than the many lifelong veterans of the sport who have embraced e-bikes.

One such off-road lifer is Joe Murray (page 56). In addition to his two way-back-then NORBA XC titles, in his time spent racing/working for Gary Fisher, Marin, Kona, Voodoo and Shimano, Joe has had a heavy hand in the evolution of dirt bike technology. Today, Joe remains both a fervent mountain biker as well as an e-bike partisan. I still recall seeing one of his Facebook memes that stated, “In the not-too-distant future, trails will have mostly e-bikes on them. The analog bikers will be like hardtail riders are now.”

Yes, following an eye-opening meeting in the e-bike pavilion at the 2010 Eurobike show, I initiated a conversation with our publisher about e-bikes wherein he decided to start Electric Bike Action magazine. And while I remain both a fan of the breed and the editorial director for EBA, I also remain dedicated to only pushing the pedals of non-assist bikes. 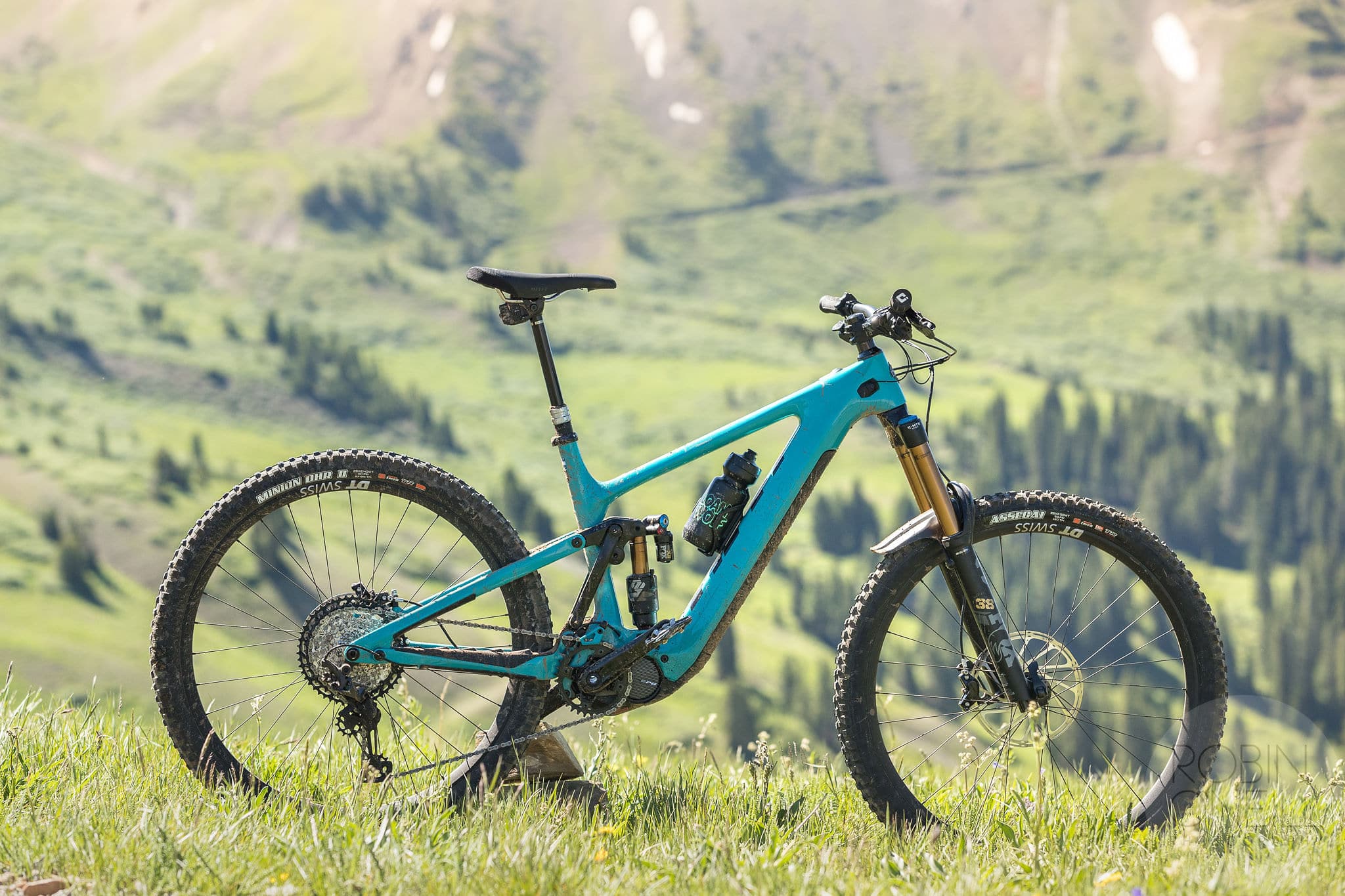 Funny thing, but the notion that sparked this column was an e-mail I received from Yeti Cycles inviting me to the launch of their new e-bike. Yeti doing an e-bike?! The request reminded me of when Santa Cruz bikes eventually disavowed all their previous anti-e-bike sentiment when the need to stay relevant and maintain market sales took precedence over their earlier vows to “keep it real.”

So, although in accepting the invitation I’m now going to have to actually ride an e-bike (along with those silly 800mm-wide “yard bars”), I’m happy to see a brand I grew up with finally join every other mainstream mountain bike brand giving mountain bikers the choice of a new ride.

20 CHEAP UPGRADES FOR YOUR BIKE