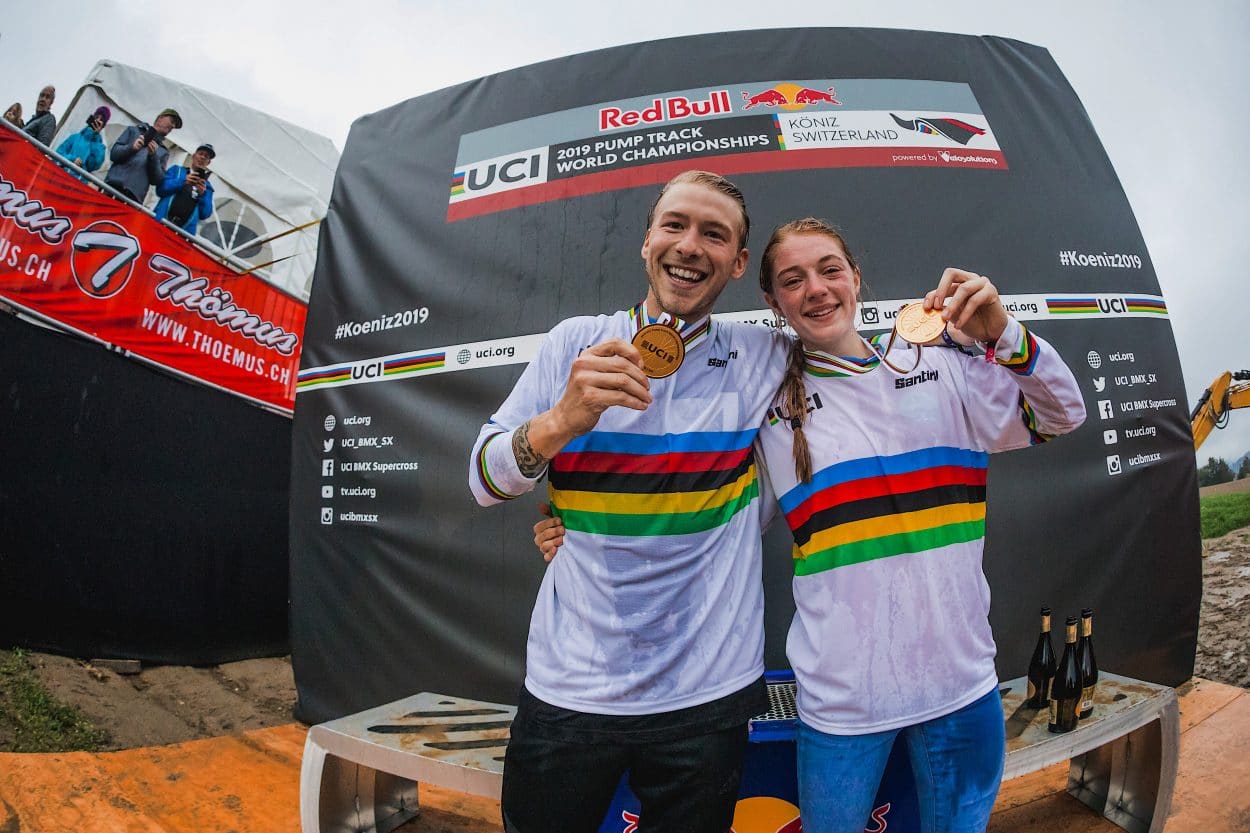 – In 2018, Swiss duo David Graf and Christa von Niederhäusern were victorious at the first Pump Track World Championships in Arkansas, USA and they returned to defend their titles on their home soil.

– After 26 qualifiers in 22 countries, over 130 riders congregated at the Swiss Bike Park in Bern, Switzerland to lay it all down on the line for a chance to win the 2019 Red Bull UCI Pump Track World Championship and wear the iconic UCI world champion rainbow jersey. 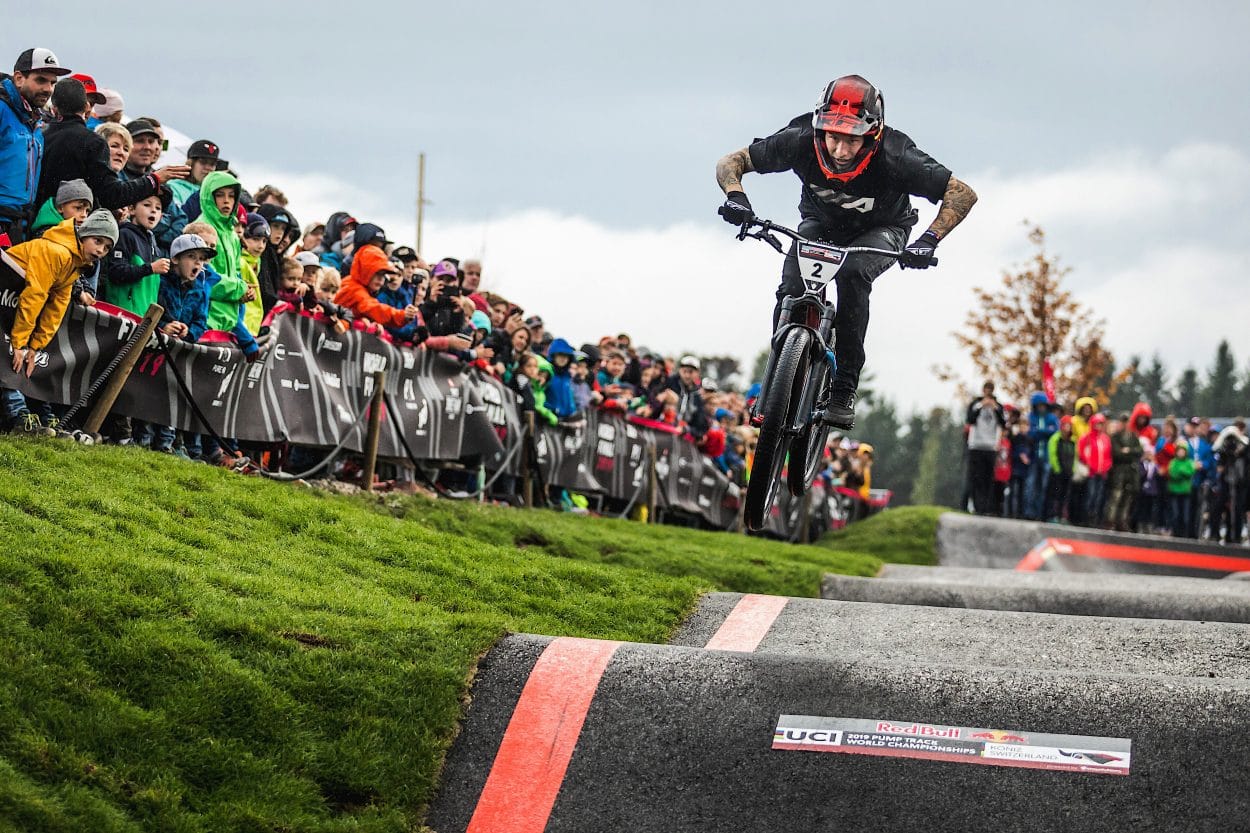 – Despite the challenging wet weather, the Red Bull UCI Pump Track World Final delivered on the promise shown in the qualifiers with Friday’s Last Chance Qualifier adding a further eight riders to the field alongside the top four from each of the 26 qualifying events.

– The enthusiastic crowd braved the elements and stuck it out to the end with Zula sealing gold in the thrilling men’s final on his 26-inch MTB bike against junior BMX rider Tristan Borel from Switzerland with Frenchman Eddy Clerte in bronze. 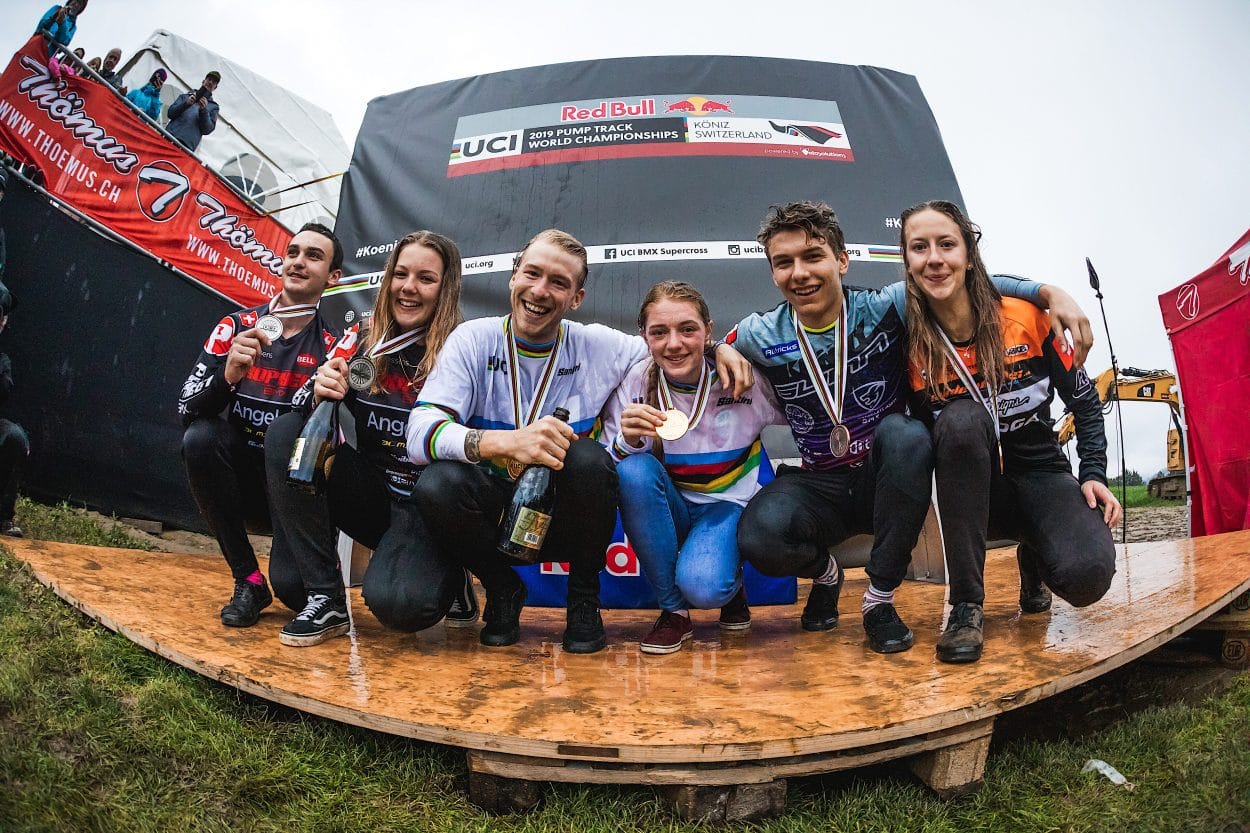 – In the women’s event, talented teenager Ridenour stormed to the gold medal against Nadine Aeberhard from Switzerland with last year’s winner Von Niederhäusern making do with bronze this time.