November 1-7, King and Queen of Crankworx, Slopestyle World Championship and Triple Crown of Slopestyle, all up for grabs in Rotorua

ROTORUA, NEW ZEALAND October 21, 2021 — It’s been a(nother) year of ups and downs, detours and pivots, big uncertainties, and bigger hopes. Going all in, with no guarantees. Through it all, the world’s top mountain bikers pushed forward, went the extra mile, and made it work. And they crushed it in the process, breaking records and making history. As they do.

As we near the last stretch of competition at Crankworx Rotorua, we’re preparing the final giant cheques, pieces of hardware, and some extra special trophies and regalia. It’s time to take the celebration and recognition of these athletes to the next level after a big ol’ year.

November 1-7, Crankworx Rotorua 2021 will not only play host to some of the world’s best, bringing the Crankworx Family together one last time, but it will also celebrate the best of the best. As the last stop of the 2021 World Tour, it will see the King and Queen of Crankworx crowned, the Crankworx FMBA Slopestyle World Championship awarded, and, if the stars align, history’s second Triple Crown of Slopestyle trophy handed out.

King and Queen of Crankworx

For Bas van Steenbergen, Crankworx Rotorua will provide a chance for redemption. Coming out of Crankworx Rotorua 2020, he was on a tear and in the lead for the overall title. But with competition season derailed, the lead was lost.

As the current points leader following Crankworx Innsbruck and B.C., Rotorua is his chance to pick up where he left off and bring together all he’s been working for. 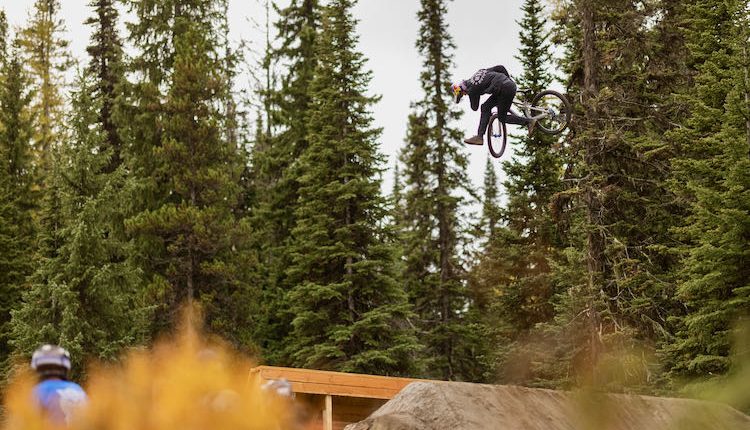 “I’ve raced Crankworx for many years now but I’m yet to find the success in racing I’ve been looking for,” said the Canadian. “After 2019, I was actually looking to stop racing Crankworx and do something else, because I felt like I wasn’t getting to where I wanted to be, but I decided to keep at it which ended up being a great decision! Walking away leading the King of Crankworx event after Rotorua in 2020 got me really fired up and made me realize the changes I’d made in my training were working. Fast forward to this year, I kept training that way and it has led me here, so that’s pretty awesome! I love traveling to NZ every year and even though it’s a crazy time, I feel super privileged to be here and able to compete in this beautiful country!”

Van Steenbergen’s points lead is substantial. It would take a strong push from Tuhoto Ariki-Pene, George Brannigan or Tomas Lemoine (the three riders closest to the top who will be competing in Rotorua) to catch him.

For his partner Vaea Verbeeck, her lead going into Rotorua is also commanding. But the Crankworx World Tour in 2021 has featured one of the strongest fields of women competitors in its history, with Kialani Hines, Casey Brown, and Harriet Burbidge-Smith sitting on solid points totals. 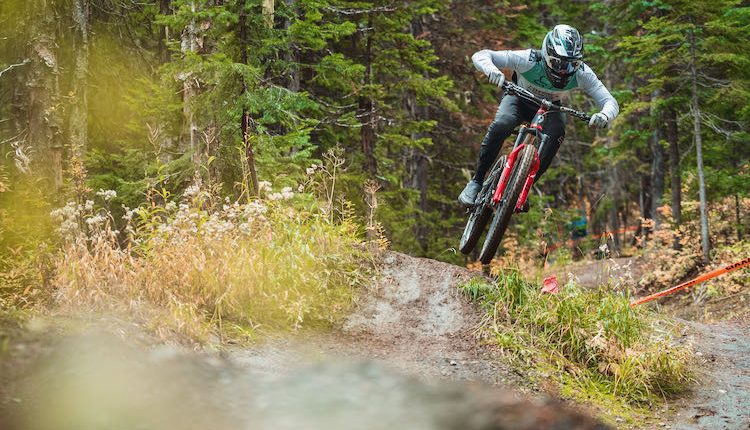 “Each year on the Crankworx World Tour is a different challenge,” said Verbeeck. “I do feel like you need the stars to align and be ready for the opportunities to present themselves. So I prepare myself, and thankfully I enjoy riding all sorts of bikes which makes the road to success an enjoyable one. I like to hold on to the basics that the best person should win. So I’m happy if I did the best I could (which is hard to achieve in itself) and if a fellow racer wins over me, I am truly happy for them. They deserved it! My goal is simply to be the happiest I can be and to share those moments with friends, whether we’re celebrating my achievements or theirs. I think this mentality takes the pressure off and works best for me. I ride my best when I’m having fun.” 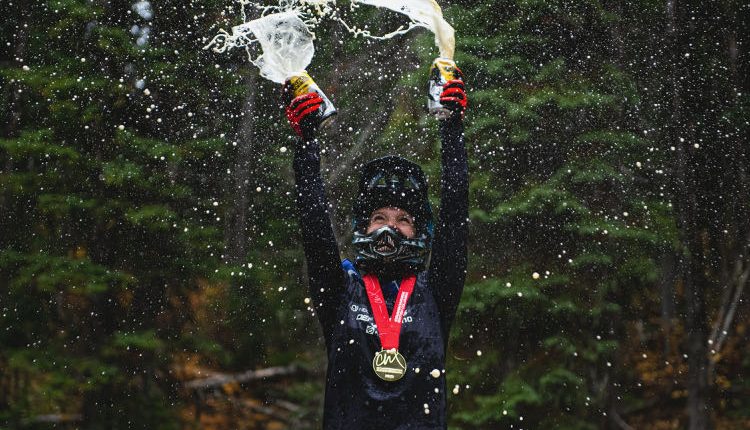 Here’s what’s on the line:

Since the SWC overall title launched in 2018 (prior to that year it was called the FMB Diamond Series), it has only had one owner: Brett Rheeder.

This year, a new World Champion is set to claim the coveted title and the bonus $15,000 CAD paycheque that comes along with it.

On a five-win streak, Emil Johansson’s lead is commanding, but not untouchable.

Next in line, and coming off, in his own words, the best run of his life at Crankworx B.C., Erik Fedko is fired up and ready to send it.

“That was definitely my best ever Slopestyle run,” said the German rider. “I was super stoked. I worked hard on practice at home. I was stoked to lay down that run, with a new trick in it, which I landed the day before finals in practice, so I was stoked about landing it in finals. It makes me feel even more stoked to go into Rotorua and throw down with all the boys and session and ride the contest and hopefully do good again. Looking forward to it.”

On top of the champion, the next five in the SWC rankings will be considered winners in their own right. The top six finishers of the season receive automatic entry into 2022’s roster of Crankworx Slopestyle contests. 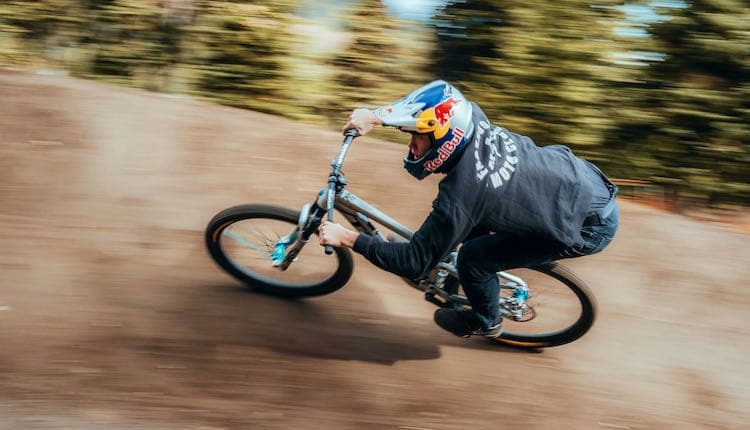 Currently in the top six spots:

This one is all Emil or nothing.

The mystique of the Triple Crown lies in the allure of the near-impossible. A rider must win three Crankworx Slopestyle events in a single year. Created in 2015, the Triple Crown is intended to sit just beyond the grasp of most riders. The achievement is worth $25,000 CAD.

Since it was introduced, it’s been tinged with respect, awe, and…anxiety.

“I’ve never been so stressed in my life,” Brett Rheeder said in a 2018 interview, recounting his 2016 season when he won the season’s first two contests, putting him in contention for the Triple Crown ahead of Crankworx Whistler. “On contest day of Red Bull Joyride, I was so stressed that I was ill. I was sick…I did two runs, and I crashed on both of my runs. And I had never done that before. The Triple Crown…destroyed me that year.”

Two years later, Nicholi Rogatkin stomped his way into the history books, becoming the first rider to complete the feat. He remains its only winner.

Perhaps mindful of the pressure that can come with the prize, Johansson has kept quiet about the possibility.

In the finish corral after his win at Crankworx B.C., when the subject of the Triple Crown was broached, he said only:

“I’m just going to try my best, as always, and see where it takes me,” he said in a neutral tone. “You can’t really do anything else.”

The stage is set. Stay tuned for details on the players, set to be released next week.

Global live coverage of Crankworx Rotorua 2021 on Red Bull TV will include:

THROWBACK THURSDAY: THIS COULD BE THE GREATES PASS IN MOUNTAIN BIKE HISTORY