The series returns to Whistler, Innsbruck, Rotorua and one other location that has yet to be named

WHISTLER, BC, February 10, 2022 — Crankworx has announced its 2022 World Tour, and it’s back with a vengeance and breaking new ground. On the calendar, a four-stop schedule including the return of the iconic Whistler festival after a two-year hiatus, and the addition of a new World Tour stop.

The 2022 Crankworx World Tour dates include:

The 2022 Crankworx World Tour will be available live and on-demand on Red Bull TV.

The new stop will be announced in the coming weeks. Until then, there’s plenty to get stoked about between Innsbruck, Whistler (!!) and Rotorua. 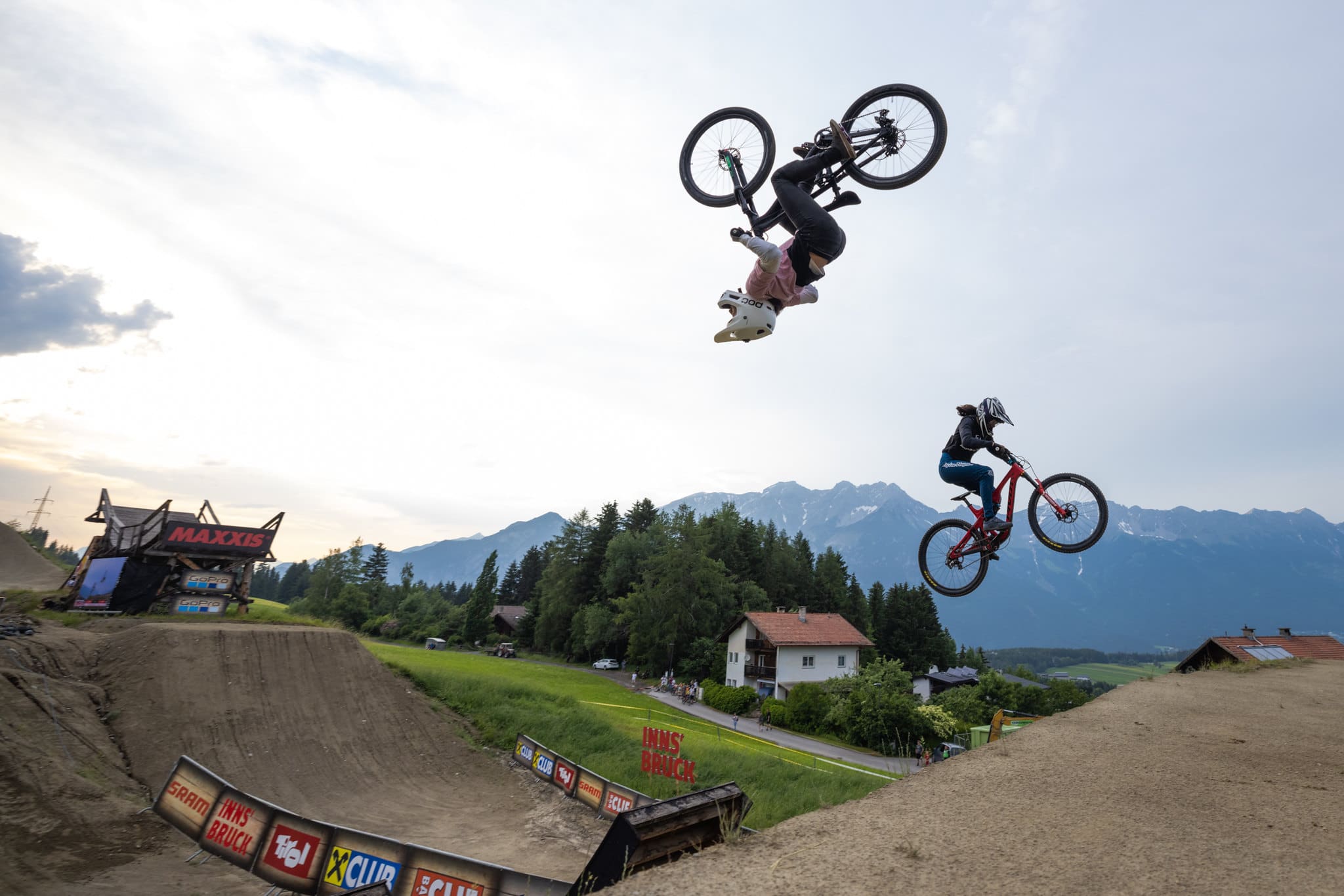 In 2019 (yes, it has been that freaking long), home to the largest race in EWS history (675 riders!!), mega results from Jill Kintner and Mitch Ropelato, and the moment we’ll never forget, Emil Johansson’s first gold in Crankworx Slopestyle (P.S. he has won every Crankworx comp since then…) at Red Bull Joyride, the biggest stage in the sport.

Oh, baby, we are coming home.

August 5-14, Crankworx Whistler returns after a two-year hiatus. The festival will reunite the Crankworx family at the place where it all started: one of the world’s top lift-accessed bike parks and the global epicenter of mountain biking. Praise MTB Jebus. Crankworx Whistler 2022 will also include the return of EWS Whistler and Red Bull Joyride. The iconic Slopestyle contest will be celebrating its 10th anniversary with a special course, including a fan-voted feature from Brandon Semenuk’s “REALM.”

In 2021, home to Billy Meaclem’s commanding return to Crankworx competition, 17-year-old Jenna Hastings’ first international pro W in the DH, the epic-est (totally a word), muddiest Dual Slalom ever, MTB’s golden couple claiming the King and Queen of Crankworx titles, and Emil Johansson’s next-level domination, involving a little something known as the Triple Crown of Slopestyle.

Let’s do it all again, shall we?

November 5-13, Crankworx Rotorua returns for its eighth year. The festival will once again be the final stop of the World Tour, celebrating the seasons’ champions, including the crowning of the King and Queen. Expect to see the full force of the top international athletes go head-to-head with the Kiwi riders that made a name for themselves in 2021. The Rotorua stop of the World Tour combines riding with culture, a unique mix that has led to this festival stop being called “the soul of Crankworx.” Tikanga Māori (Māori customary practices) are woven into every aspect of the Sothern Hemisphere stop. From the traditional Tewhatewha (a traditional long-handled ceremonial weapon) awarded to the King and Queen of Crankworx, the carvings placed around the site, and most of all the manatikanga (hospitality and generosity) of the people.

“I am so excited, it feels awesome to have the usual schedule back plus another stop,” said Bas van Steenbergen, the reigning King of Crankworx. “It was kinda crazy to have a Crankworx World Tour without Whistler, so to see it back on the calendar is amazing. It’s definitely my favorite event of the year, not only for the races but it’s also one of the few events where you get to ride with a bunch of people you don’t usually ride with throughout the year. Can’t wait for some Dirt Merchant laps with everybody!”

“2022 will be mega for us,” says Crankworx World Tour Managing Director Darren Kinnaird. “Because of the ways we were able to pivot, the past two years have been full-on with races and contests that kept the progression and inspiration going. But having Whistler on the calendar makes things feel complete. It’s where Crankworx began and our biggest festival on the tour. To be able to bring the world together there again is going to be surreal and amazing. Add to that the addition of a new stop? I can’t wait to share this news with the world in a couple weeks. It’s going to bring something totally unique and special to the tour.”

Stay up to date with all things Crankworx: crankworx.com

About the Crankworx World Tour
Crankworx is the ultimate experience in mountain biking. Born in Whistler, B.C. in 2004, Crankworx has evolved into a multi-stop international festival series. The Crankworx World Tour brings together the best mountain bike athletes to compete in elite-level competitions in a variety of disciplines. Crankworx World Tour festivals also host races for amateurs, CWNEXT categories for next gen athletes, Kidsworx contests for young riders, participatory events, and celebrations of mountain bike culture, all while showcasing amazing destinations. For additional information, visit crankworx.com.

BEHIND THE SCENES WITH DANNY MACASKILL

MOSAIC CYCLES BLURS THE LINES BETWEEN GRAVEL AND MOUNTAIN BIKES