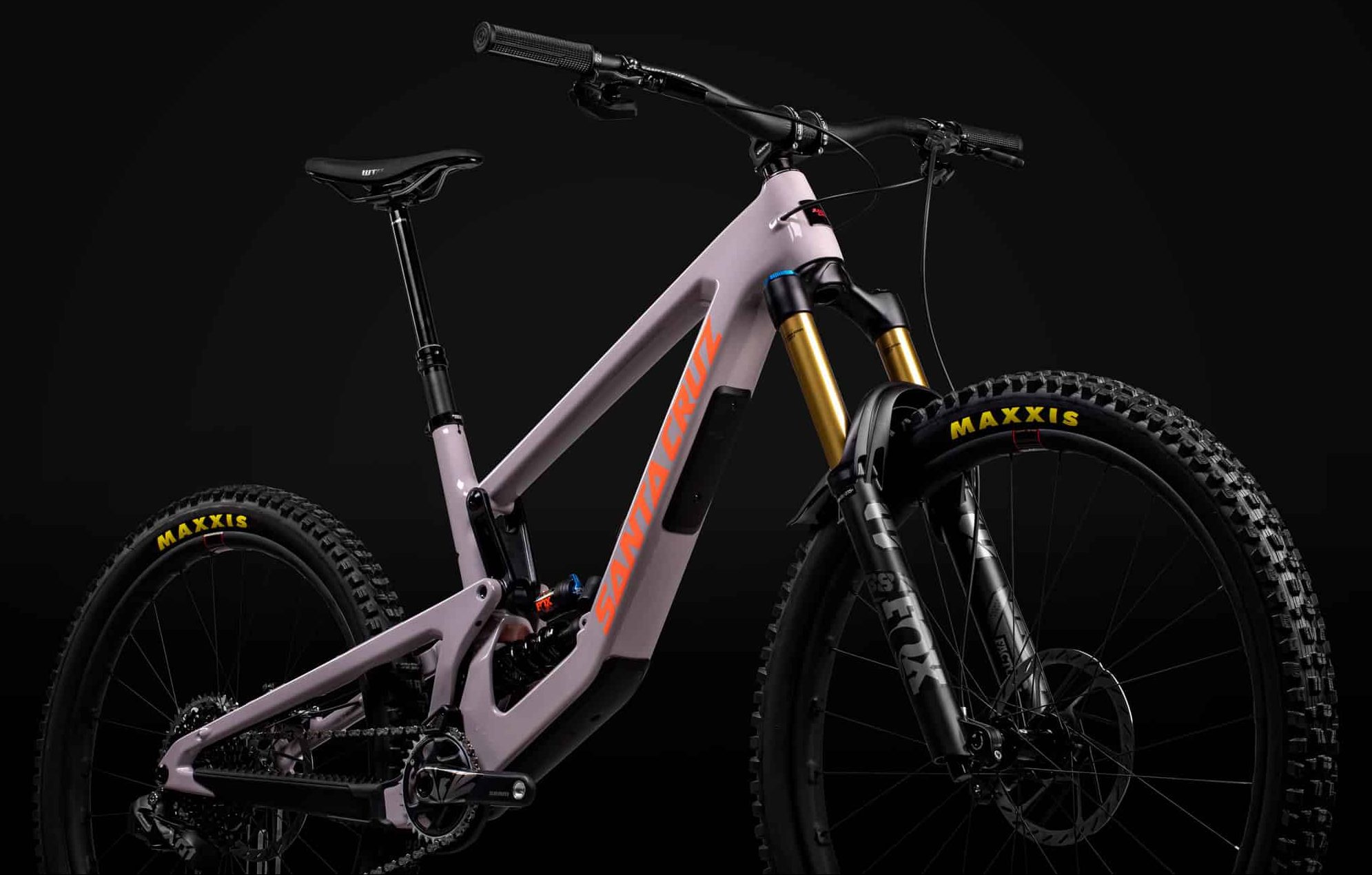 Santa Cruz has been producing various versions of the Nomad since 2005 and has been one of the best, most progressive bikes with each successive version. Well, there’s a new kid on the block, the Nomad 6 is making its presence known with a bang. This is the first Nomad to dip into the world of the 29″ wheel, but, you guessed it, only in the front. The Nomad 6 is a 170mm travel monster that’s ready to bomb, roost, and rail any trail it’s presented with. It looks great and we can already tell it’s going to be an absolute blast to ride. 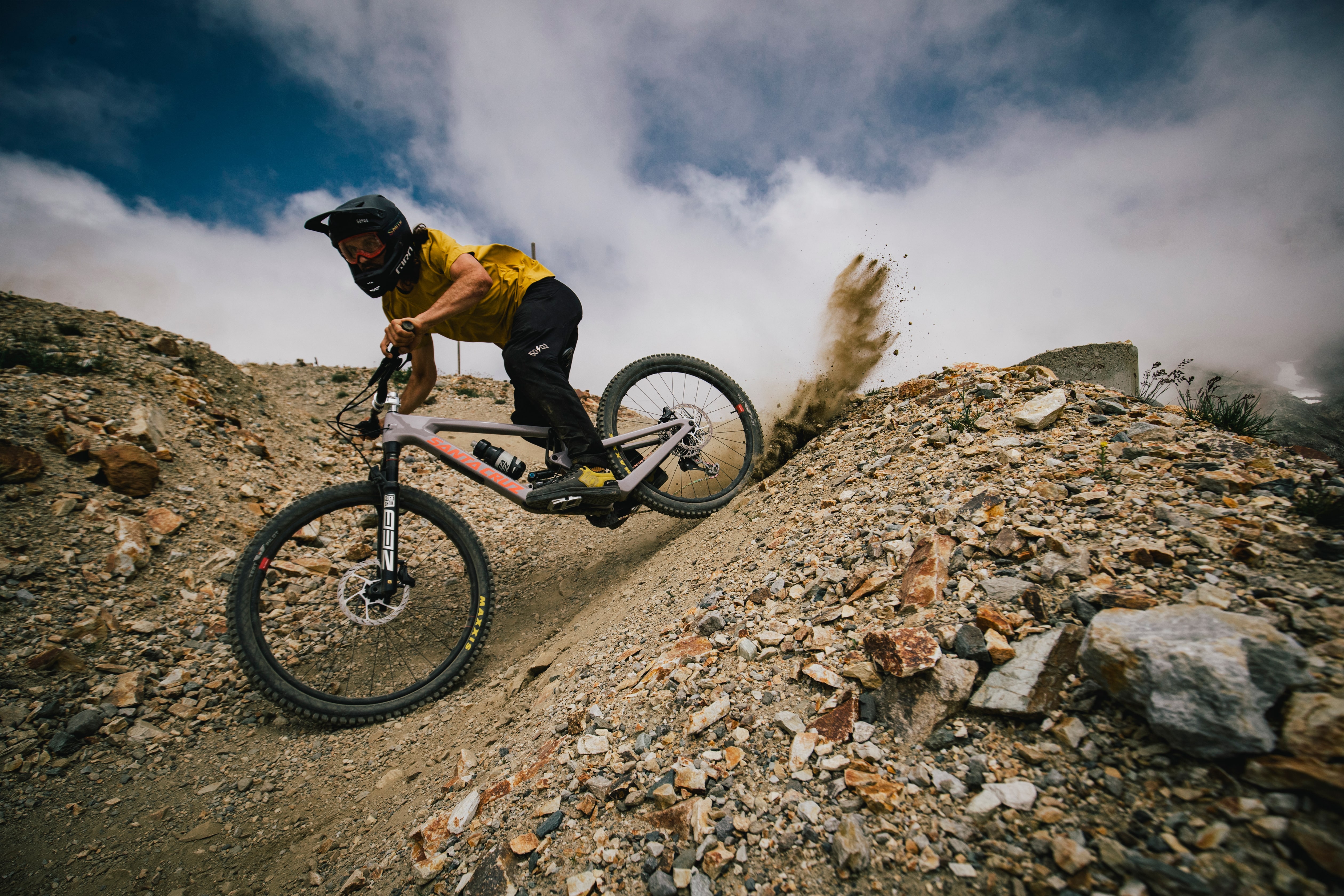 The goal with this new Nomad was to be ready for any trail it is faced with, but not sacrifice its ability to get there. Santa Cruz has adjusted the VPP suspension design compared to the previous model to reduce anti-squat which they claim removes suspension harshness on square edge hits while descending and increase climbing traction. 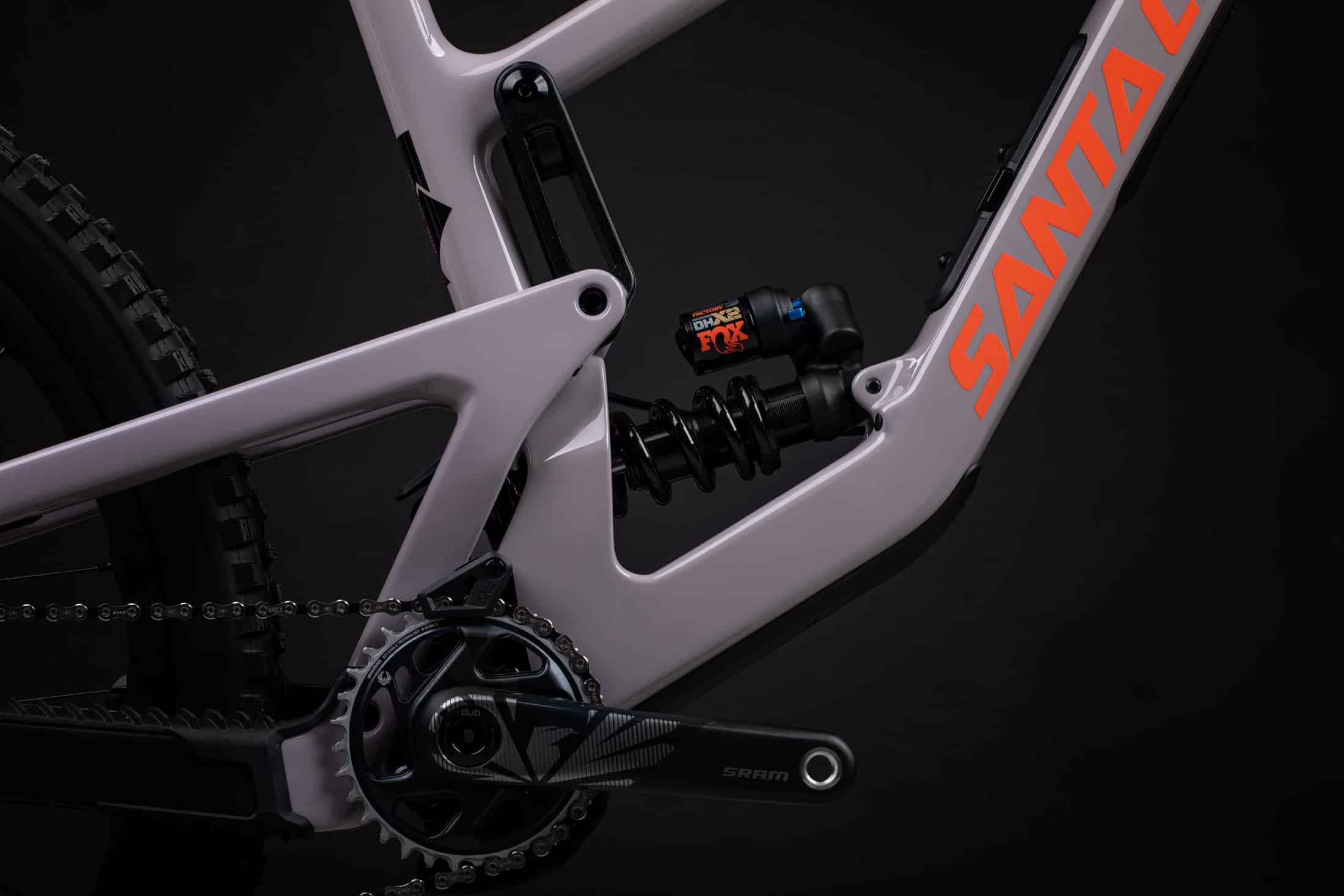 Santa Cruz recently introduced the Glovebox with their new Hightower V3 so of course, they couldn’t leave it out of the new Nomad. The bike comes with a tool wallet and tube purse where you can stow all of the necessary items away in your frame so you don’t have to take a pack with you on every ride. The glovebox also acts as the bottle cage mount which can house a full-size bottle inside the front triangle. 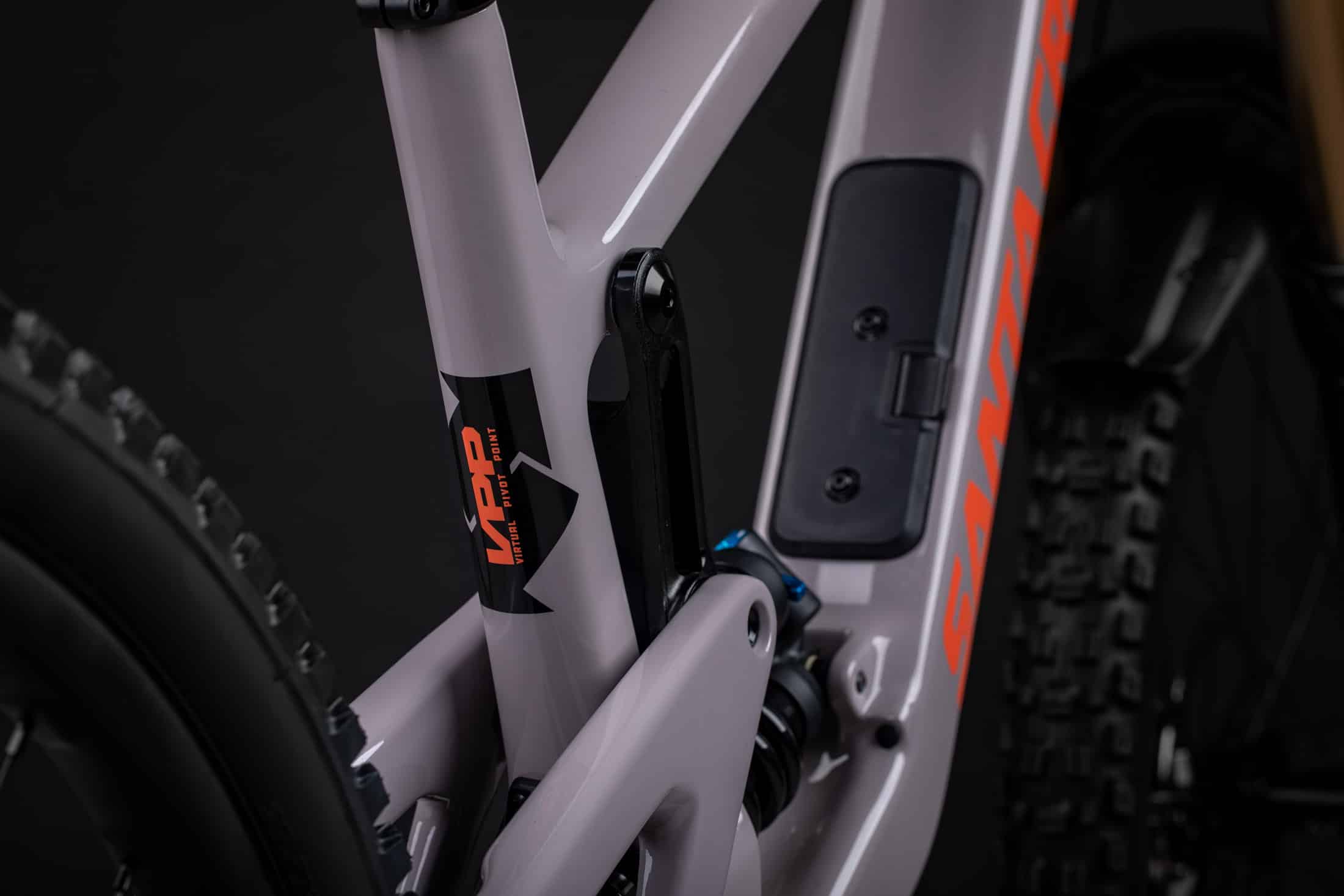 Santa Cruz changes the chainstay length and seat tube angle with each size of the frame to increase stiffness where needed for bigger and heavier riders as the size goes up. They’ve also included a flip chip in the linkage that allows a 0.3° slacker headtube angle and drops the bottom bracket by 3mm. 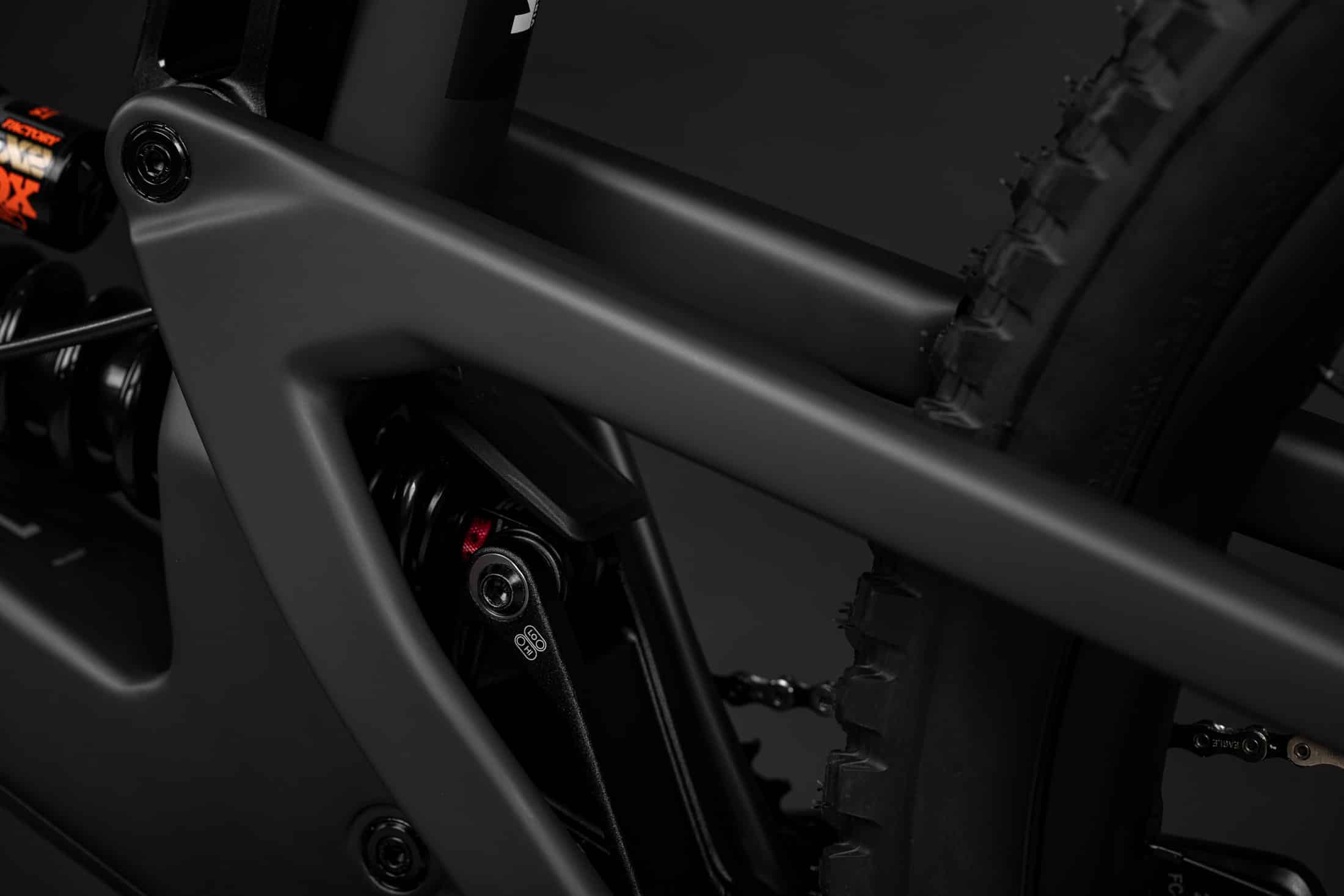 Santa Cruz has made a mullet out of the nomad to increase traction in the front but keep the back end maneuverable and agile. 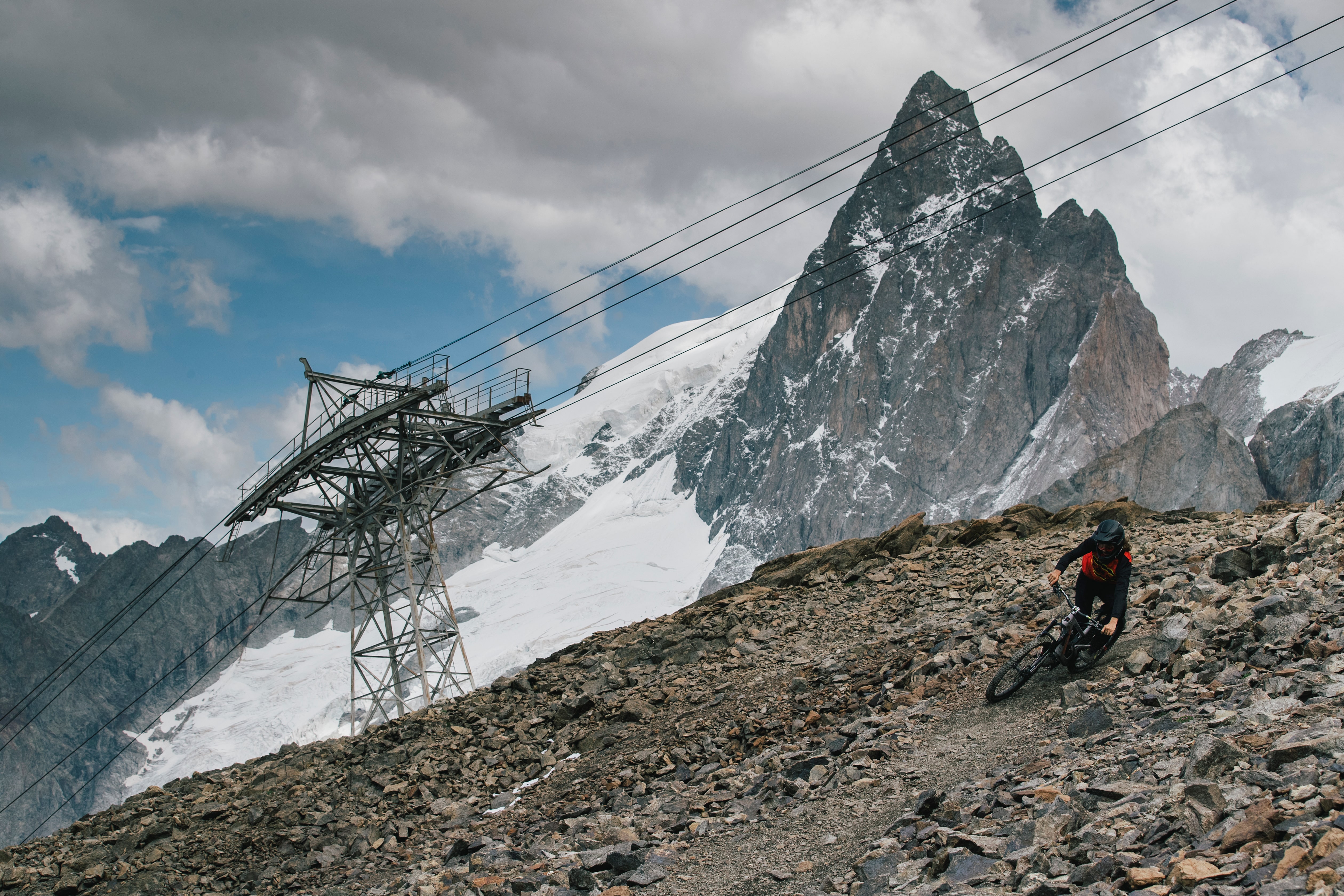 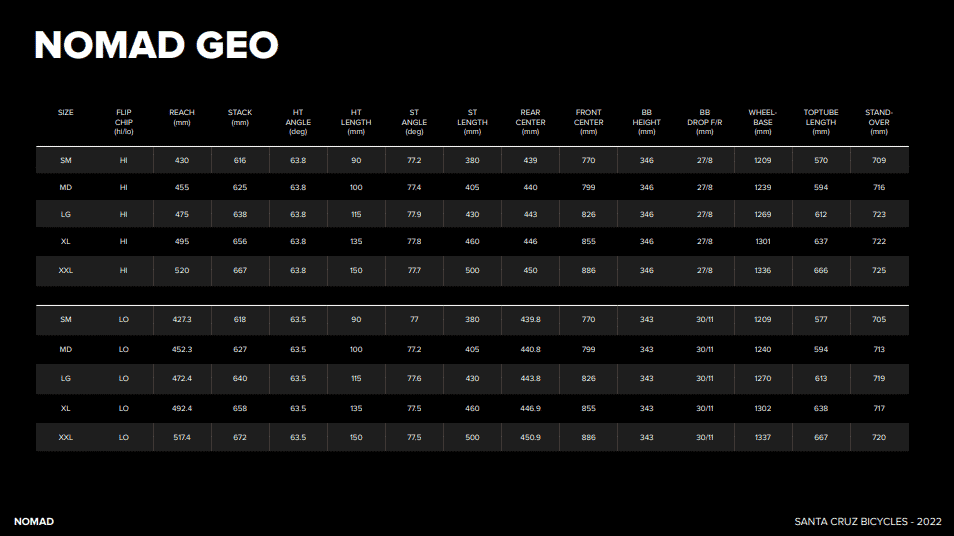 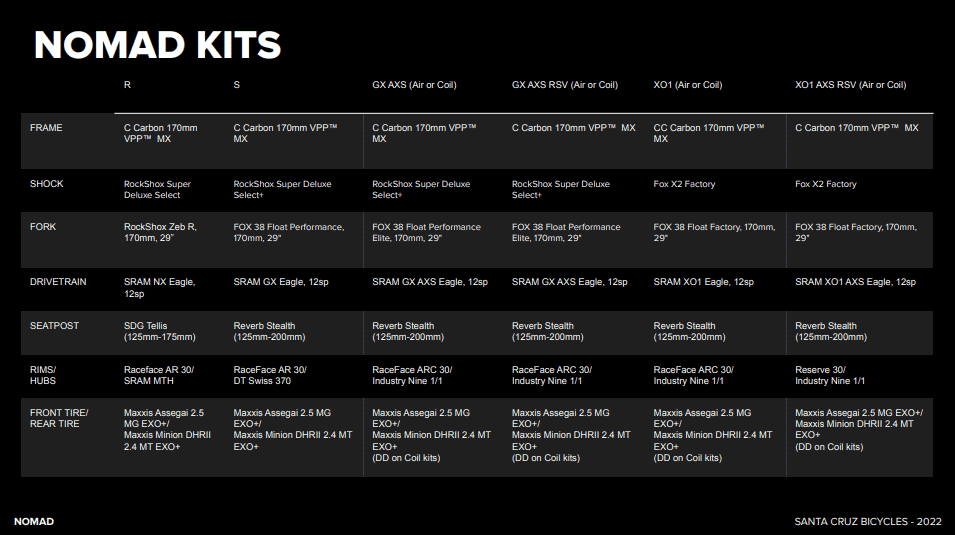 We’re hoping to be able to test this new Nomad and bring you a better idea of how it rides, but until then we’ll leave it up to you to grab one and experience it for yourself. 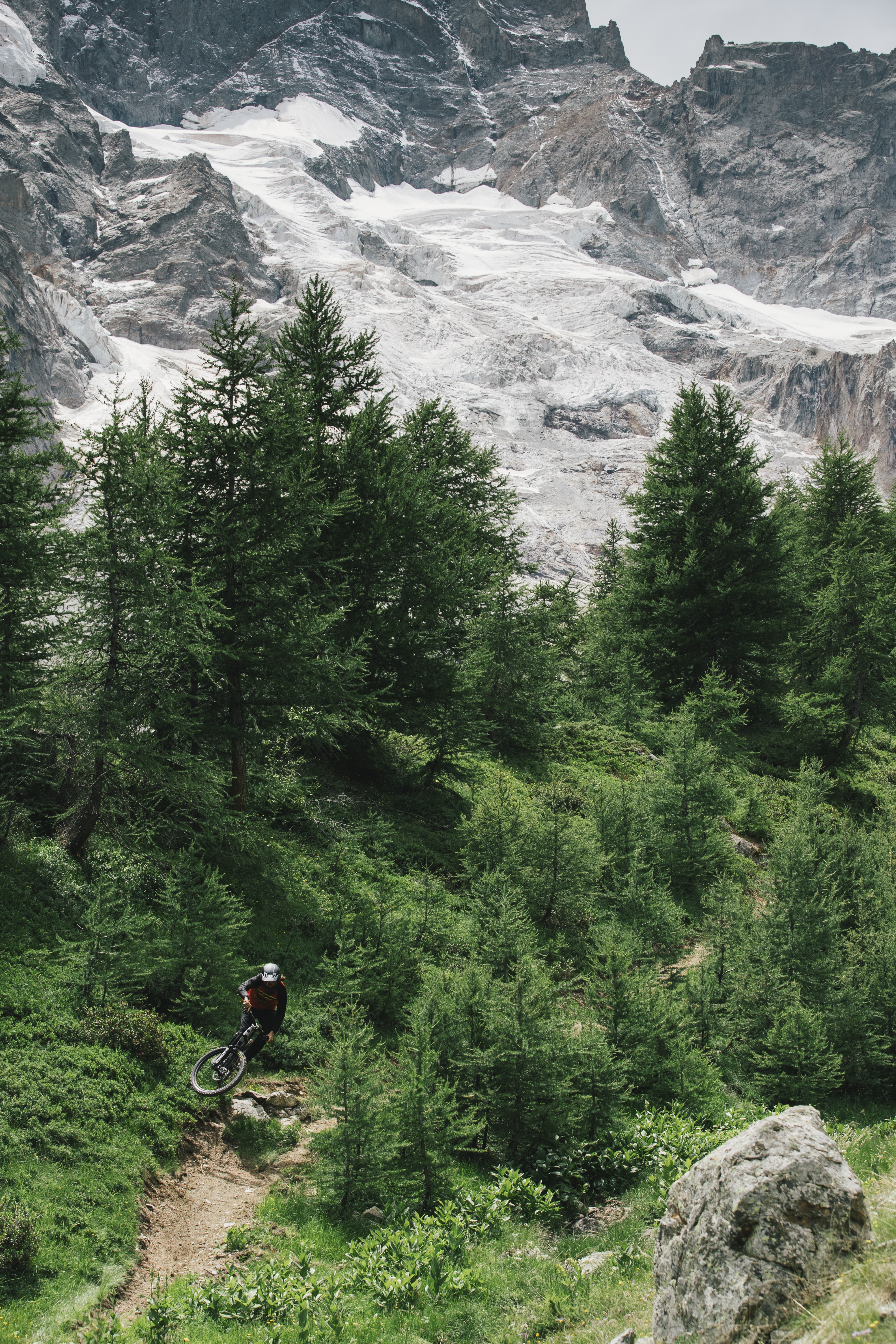 Summertime in the big mountains: Load up the van, hit the road, climb a mountain, hammer it back down, huck the road gap, skid onto the patio bar, throw the bike back in the van, drive to the bike park and do laps on laps. Hell, you could even rock up to the startline of the world’s wildest races.

That’s what we built the Nomad to do and that’s what Nomad riders have been doing each summer for years now.

The latest generation of Nomad now has a larger, 29-inch wheel up front paired to a 27.5-inch rear wheel. Mixing the best of both worlds when you don’t know where you might be riding tomorrow. If you’re stomping gaps and stamping passports you’re no stranger to travel. The Nomad has 170mm travel on a 38mm diameter fork and 170mm of VPP™ rear suspension. The Nomad is exceptional at absorbing the biggest hits so its rider can charge harder, with more confidence, in the very worst terrain. But because it’s still pedal efficient, getting up to the best, highest trails isn’t a chore like some other bikes.

On the Nomad 6, our goal was to make the suspension have better sensitivity and grip while also improving platform consistency throughout the travel. Lowering the anti-squat reduced pedal kickback on big square-edge hits at speed, all while improving the overall sensitivity of the suspension to maintain traction at all speeds. Up and downhill. By reducing the starting leverage of the latest Nomad, we were able to improve body-weight-influenced geometry stability throughout the travel. While reducing progression allowed the suspension to have consistently better tracking qualities throughout the stroke.

And because everyone loves traveling with carry-on luggage the latest Nomad has a Glovebox too. Stash your ride essentials in downtube inside the included Tool Wallet and Tube Purse.

Chainstay length and seat angle are matched to the frame size (STA steepens and rear center grows as frame size increases) so that every rider, no matter what height, gets the same balance of geometry and handling characteristics. Bigger riders means bigger stresses on bigger frames. So we tailor stiffness for every size to make sure everyone gets the same ride quality.

The legendary Santa Cruz fit, finish and quality construction means the toughest carbon frames, a lifetime warranty, and easy-to-work-on parts should have you covered on your epic road trips.

The Nomad’s forte is being ready and willing to go wherever, whenever.

The only thing it needs is a rider willing to press send.