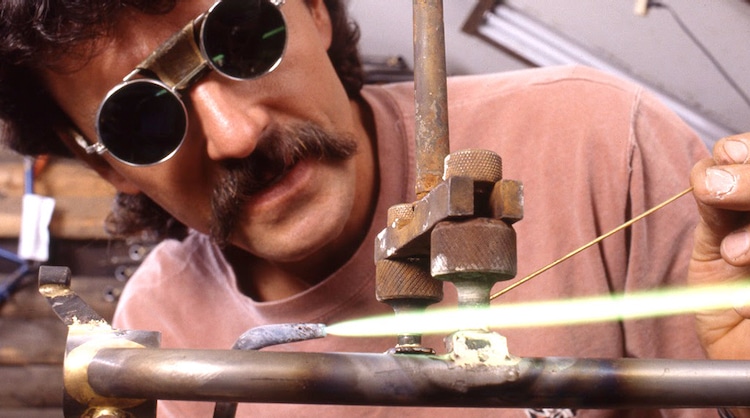 Tom Ritchey was only a teenager when he started designing, innovating, and building

bicycles and components more than 50 years ago.

frame when he was only 16 years old. In the 50 years since, Tom has gone on to build one of the

most influential and innovative bicycle companies in the world.

bicycles and pioneering components – his creations have won countless championships and

legions within the bicycle industry. 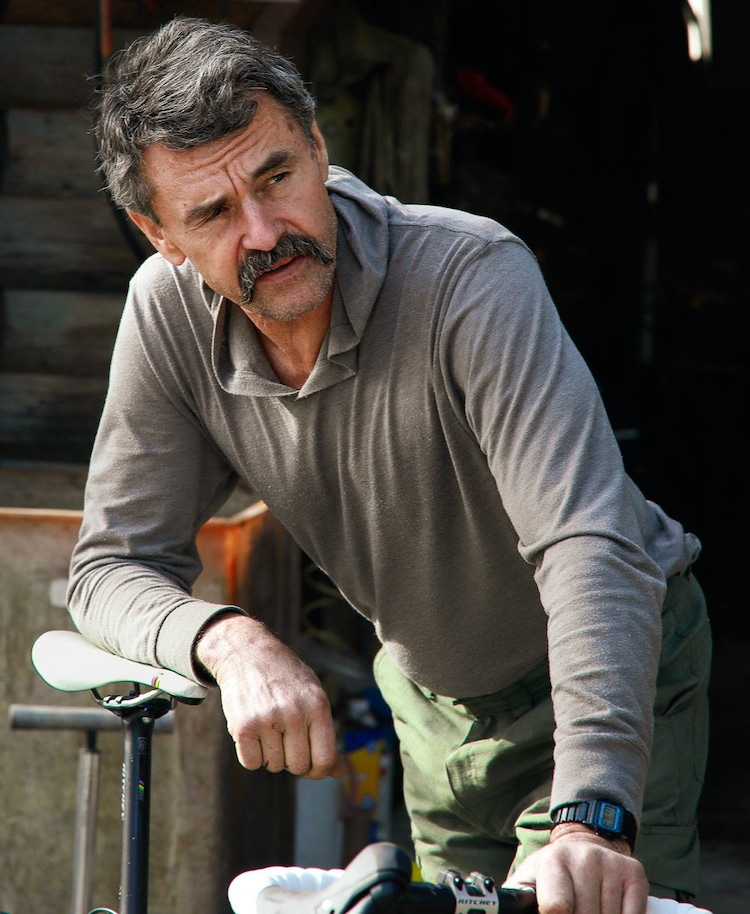 Tom Ritchey has been one of the most influential men in mountain bike history.

Despite having innovated many of the products we all ride today, or as a testament to them,

Tom’s vision of the bicycle remains as incredibly unpretentious as it was 50 years ago: “The

dom that is riding. Whether it’s a wooden bike or a Tour de France winner, people all over the

world still smile when they see and connect with another person on a bicycle! It’s a freedom

tool and a smile machine!”

In honor of this remarkable milestone, Ritchey has unveiled special logos that recall the

brand’s roots and Tom’s journey to becoming a pillar of bicycle and component design. The

Alto, California” – where Tom got his start fixing frames so many years ago and which is an 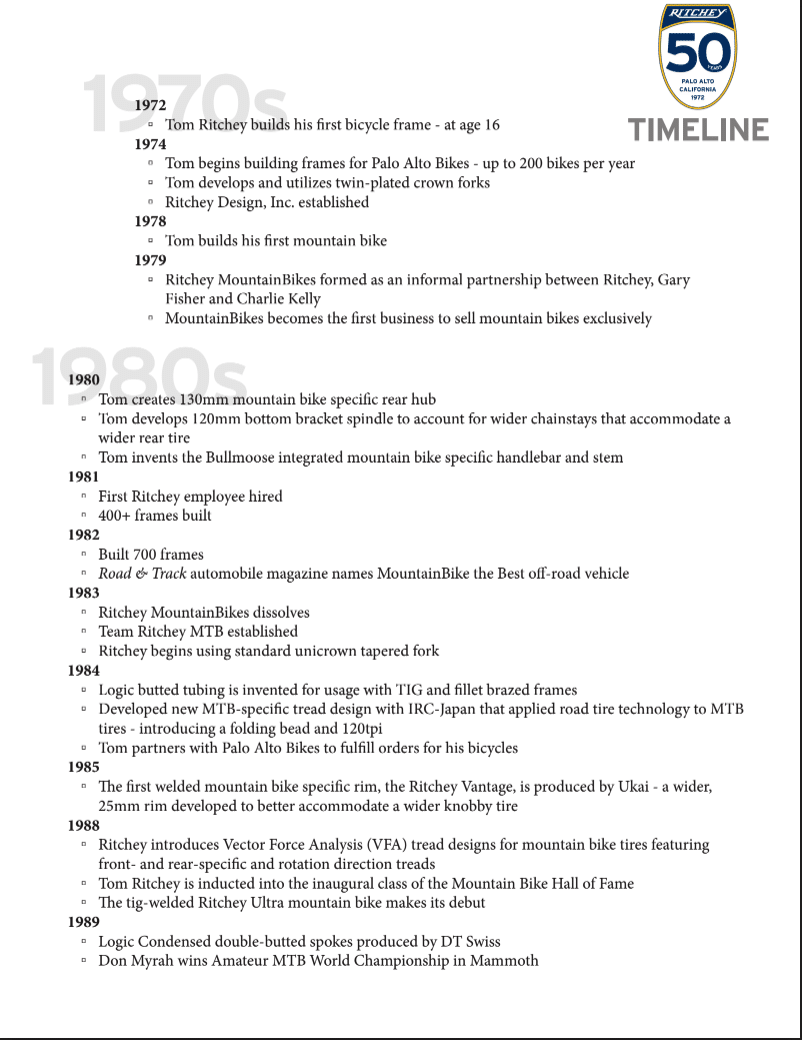 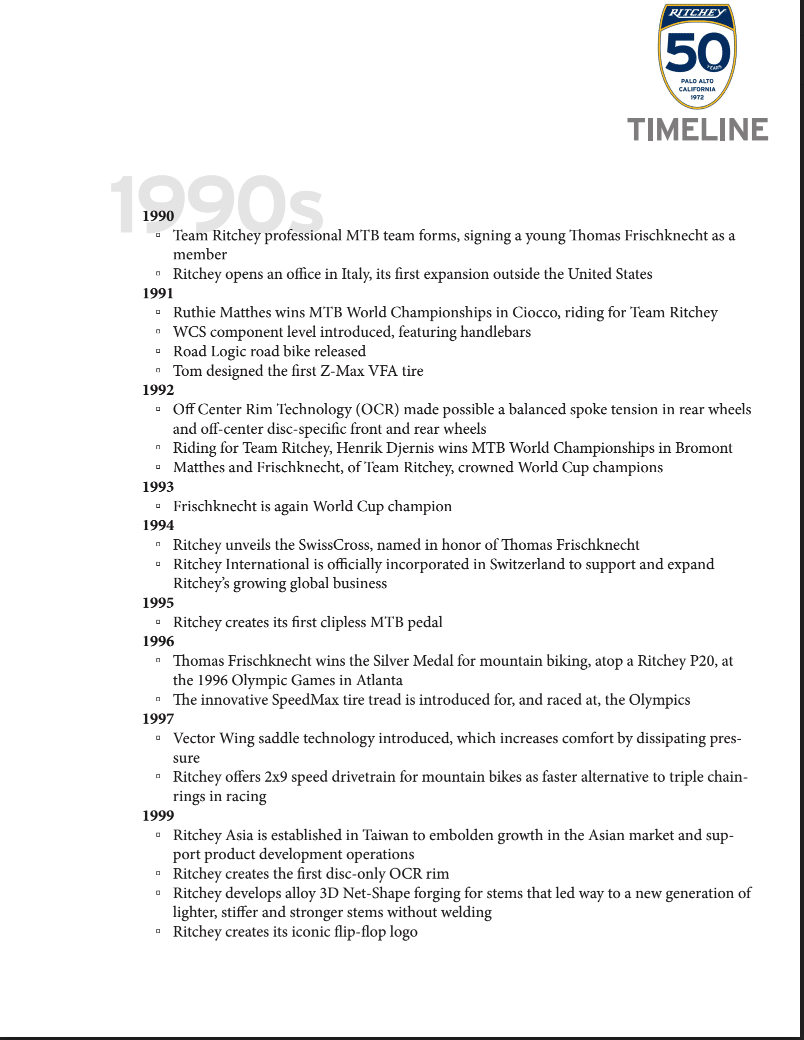 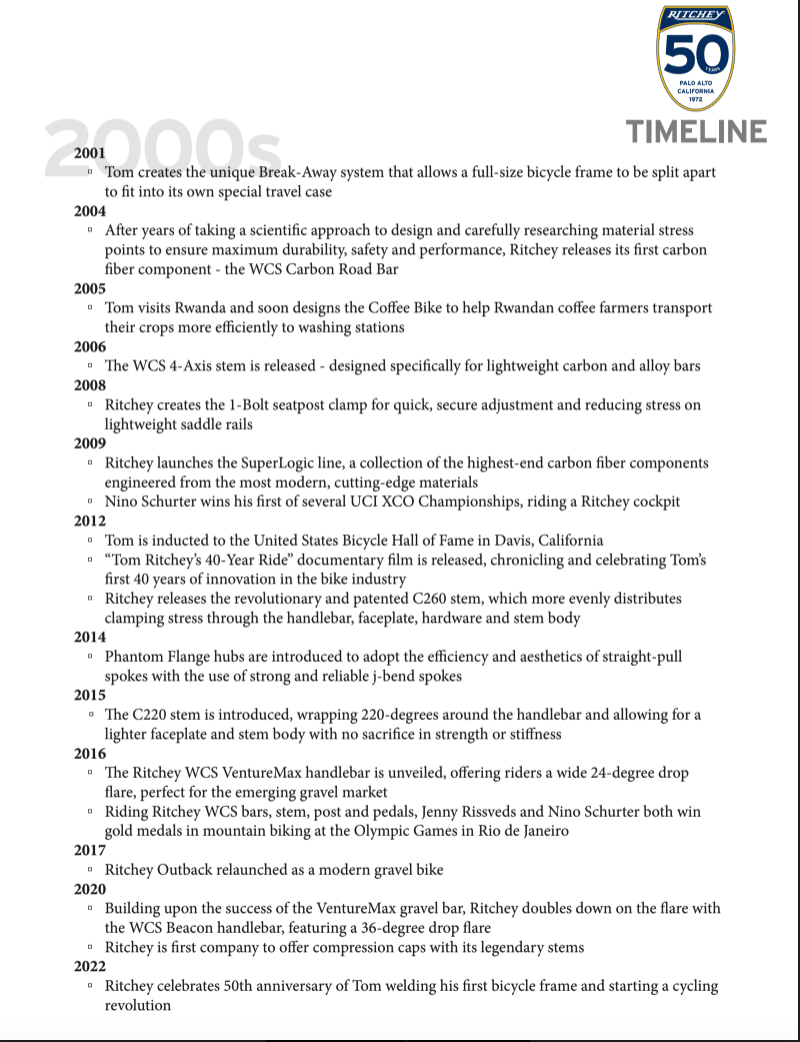 HOW TO IMPROVE YOUR BODY POSITION ON THE BIKE