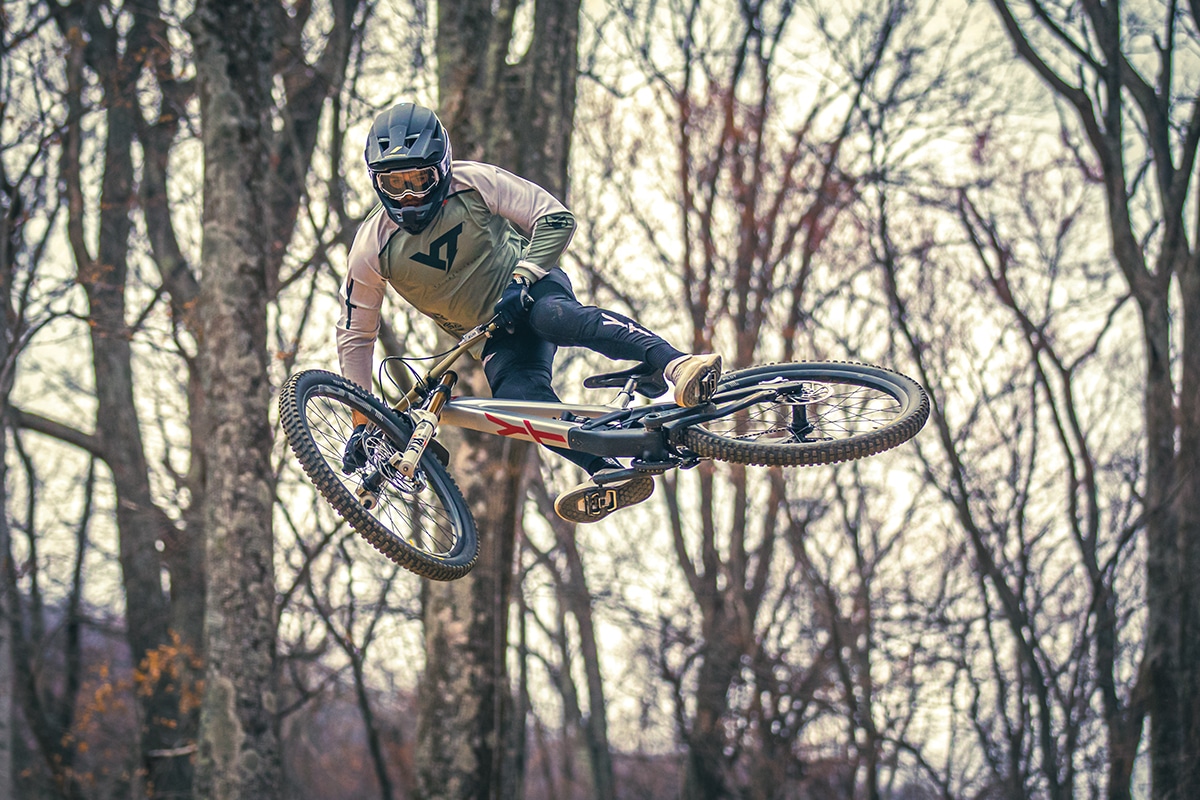 Dakotah Norton has risen to become one of America’s top downhill riders in the last few years. He first rose to international prominence when he won the Pro Men’s Giant Dual-Slalom event at Whistler’s Crankworx festival in 2015, beating some of the top riders in the world and showing that he had the speed, skills and mental toughness it takes to win a world-class race. Since then, he has come to be recognized as one of America’s top downhill stars. One could even say that Norton is becoming one of the best downhill riders in the world, as he’s now made two World Cup podiums. We don’t hear about too many world-class downhill racers coming out of Michigan or Tennessee, so we thought it would be good to find out more about him.

Most embarrassing moment: Losing my pants in a crash

Always takes on a trip: Coffee

What you would be if you were not a racer: Riding motocross on the weekends.

“My first impression of the YT Tues was how light the bike was and how quickly it moved across the ground. As I have gotten more time on the bike, it’s impressive how supple you can make it while still having support on big hits and heavy compressions. The Tues accelerates out of the corners and holes without having to make it so stiff it won’t track in the chatter. It’s an impressive out-of-the-box package!”

“Personally, I prefer the firm cornering feel of the DHR over a consistent tire that feels great until it lets go.”

“Flat Tire Defender tire inserts, sealant by the four-spoke rule. We don’t have anything listed on the website—I’m really not sure what the team will use for sealant. As far as the four-spoke rule goes, I try to keep things as consistent as possible while having some convenience on the road. I’m not a fan of tossing a sealant-covered syringe in the toolbox every time I change a tire. If I’m on the go, before I toss the last bit of the bead on the tire, I set it on the ground, without compressing the tire, and pour in enough sealant so the puddle is four spokes wide. This is usually enough to keep it sealed up, and not so much that I get a wobble at high speeds.

Chain: “We don’t have a technical chain sponsor, so I just left it out a bit. As we run TRP drivetrain and E*thirteen components, we have to use a competing chain.”

Dakotah: I grew up in various parts of Michigan. We moved around a lot. Grand Rapids through high school, and then to Flint after I graduated until I started college.

Dakotah: My father was a diesel mechanic, and my mother is a Parapro at the middle school.

Dakotah: Pretty much as soon as I learned to walk. I was riding moto at 4.

Dakotah: I raced moto until I was 13 and continued to ride on and off until my mid-teens. Around the time we stopped racing motocross, I started riding my bike quite a bit at the skatepark, building trails in the backyard and raced some BMX. Riding a mountain bike felt really close to riding moto. Turns out, I was pretty good at it, too, so we just kept on.

MBA: What were your best competition results on non-mountain bikes?

Dakotah: I first picked up a downhill bike in 2014 and rode it a handful of times before my first pro race in 2015 at Sea Otter.

Dakotah: My first non-collegiate downhill race, I won Cat. 1 by 18 seconds and got 14th in pro at the Beech Mountain National in 2014.

Dakotah: I have two World Cup podiums: fifth place in Croatia 2018 and fifth place in Portugal 2020. Both of these events were the first time a World Cup was held at the venue. I feel like I was on more of an even playing field at these events rather than tracks that have been on the World Cup circuit for years so my competitors had years to figure them out.

MBA: What titles have you won or come close to winning?

Dakotah: No titles so far.

MBA: Did you go to college?

Dakotah: I graduated with a business bachelor’s degree from Lindsey Wilson College.

Dakotah: I’ve worked so many dead-end jobs that I couldn’t stand going to. It really makes me appreciate the opportunities I have now and keeps me working hard to make the most of my racing career.

Dakotah: Not really. I had to really work to get good grades.

Dakotah: I love motocross, and I ride as much as I can.

MBA: Have you competed in any other sports?

Dakotah: I played football in middle school long enough to figure out it wasn’t for me. I was really bad at football, alt-hough I hold my own on a dirt bike.

MBA: Can you tell us something interesting or unusual about yourself?

Dakotah: I’ve still done more motocross races in one year than mountain bike races in my entire mountain biking career. I’ve never raced as a junior. There are so few U.S. national races that I feel I’m still working on learning how to race. I really hope I can get in the starting gate more in the next year to make it feel a bit more normal. It’s challenging adjusting to racing and the emotions that go along with it.