we can say the bike does the job of living up to its claims with an efficient pedaling platform that performs well over bumps and remains supportive throughout the shock’s travel. 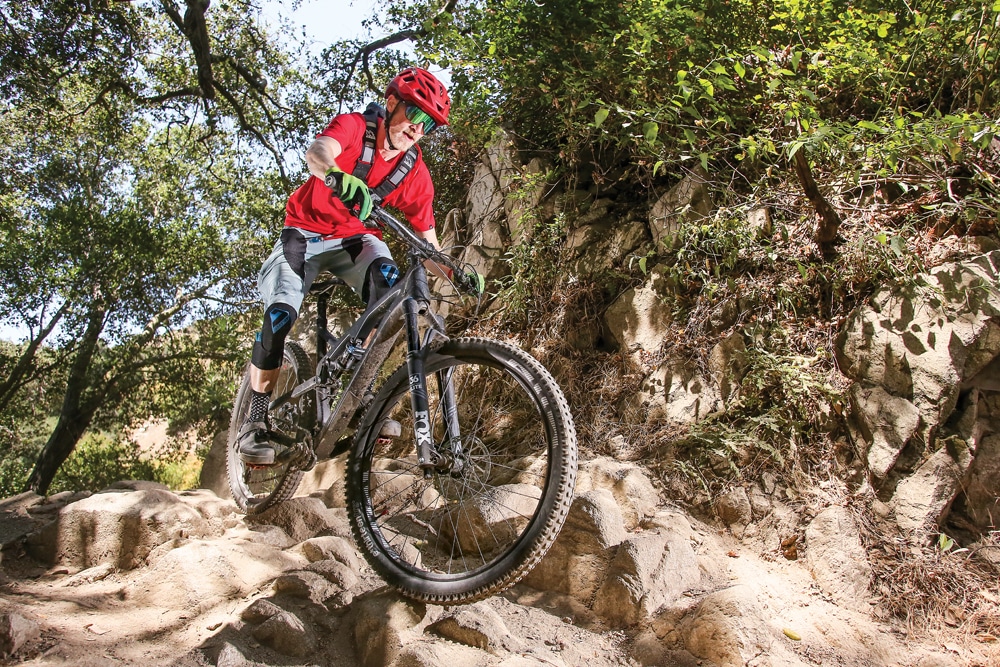 It may only come with a 130mm of travel in the rear, but it felt like much more. Leaving corners, the Level Link suspension seemed to lift and spring us out on the trail with more speed. The short 425mm chainstays and 27.5-inch wheels delivered a delightfully playful ride that made the bike whip in and out of trail features. The bike held up great at higher speeds and performed better than expected through chunky rock terrain. Yes, some sections seemingly begged for 29-inch wheels, but as soon as we hit the next corner, those thoughts disappeared. 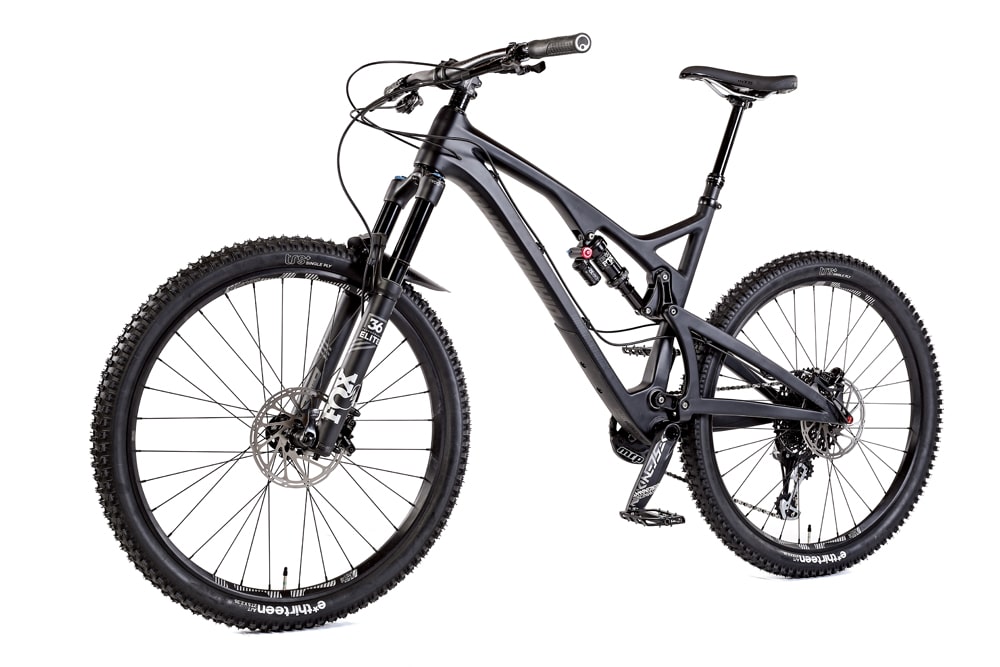 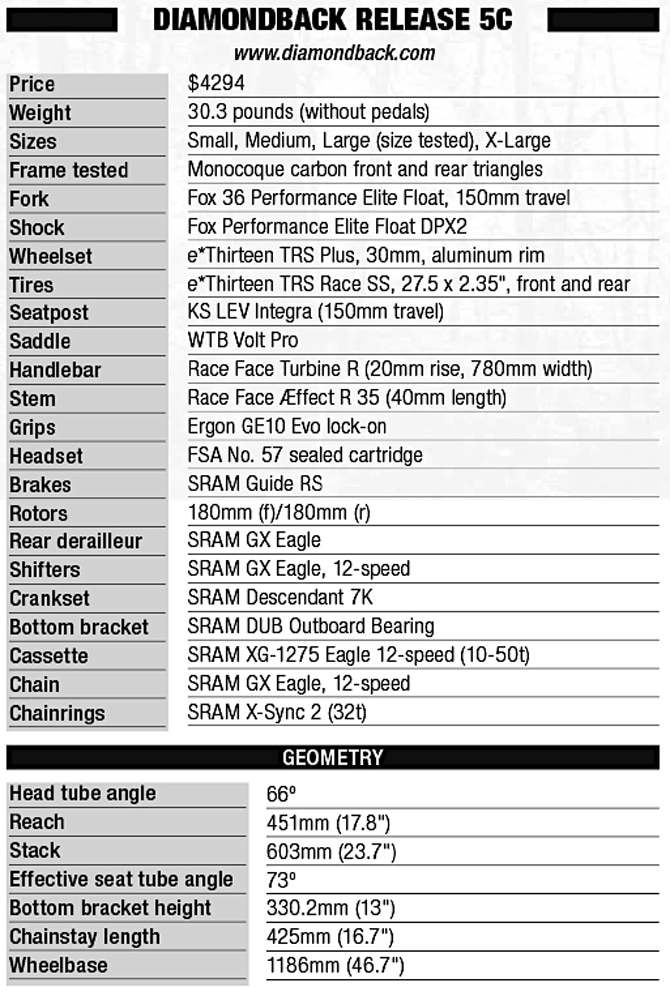 Our test riders felt that the Release 5C was the ultimate mix of carbon with high-end components while still remaining quite affordable. Out of the box, our test bike came ready to hit the park with flat pedals, a shock pump, tubeless-ready valves and even a handy spare derailleur hanger; however, affordability does come at a price.

The internal cable routing is a bit noisy when hitting terrain. It might not be a problem for some, but others might find it interferes with their trail experience. We ended up using rubber cable housing sleeves to minimize the noise and also help protect the carbon frame.

Another complaint is that there are no water bottle mounts within the frame; instead, they are underneath the downtube. Our test riders have no issues with running a hydration pack, but this might be an issue for some buyers because of the extra effort to hydrate while riding.

The last modification we would make would be to the tires. Although the e∗Thirteen wheelset performed well, some of our test riders did not like the stock tire compound and would eventually swap the tires out for something more supple.

It’s the sleekest-looking Diamondback to date. If you remove the already barely visible branding from the side of the matte black frame, chances are most riders would confuse the Release with a more expensive bike. The Release is a very lively trail bike that packs a ton of versatility into a value-priced offering. It will live up to your expectations when conquering mountains, but will keep you stable and confident on the drops. Overall, it’s a great allrounder that performs as well as, if not better than, some of the $6000-and-up trail bikes.