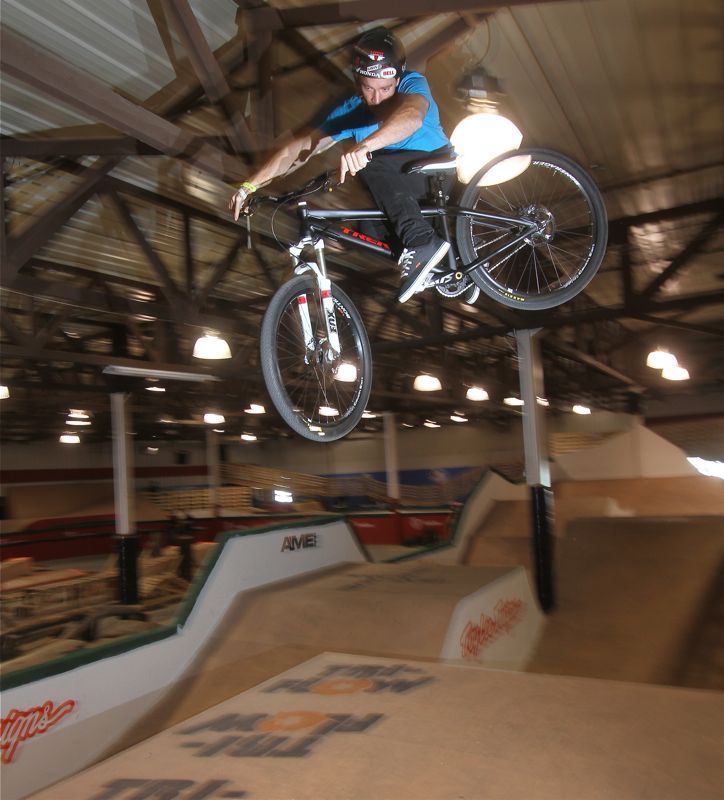 Aaron Gwin came to Milwaukee for the Grand Opening celebration last January (shown here), and then he went
back there again last weekend. Both Ray’s Indoor Mountain Bike Parks are open for business
from early October to the last weekend in April for the 2011 to 2012 season. If you’ve never
been there before, you really should make plans to come. Both these places are a blast! They’re
super fun, cool, and reasonably priced. MBA’s John Ker and Doug Barnett will be at the one in
Cleveland the weekend of Oct. 21-23, 2011, to take pictures. Say hello to our staffers if you’re
there. Go to the Ray’s MTB website for the full skinny on the parks:

Photo of the Day: Sedona, Arizona, in Black and White

Ride Every Day | The Bass Way