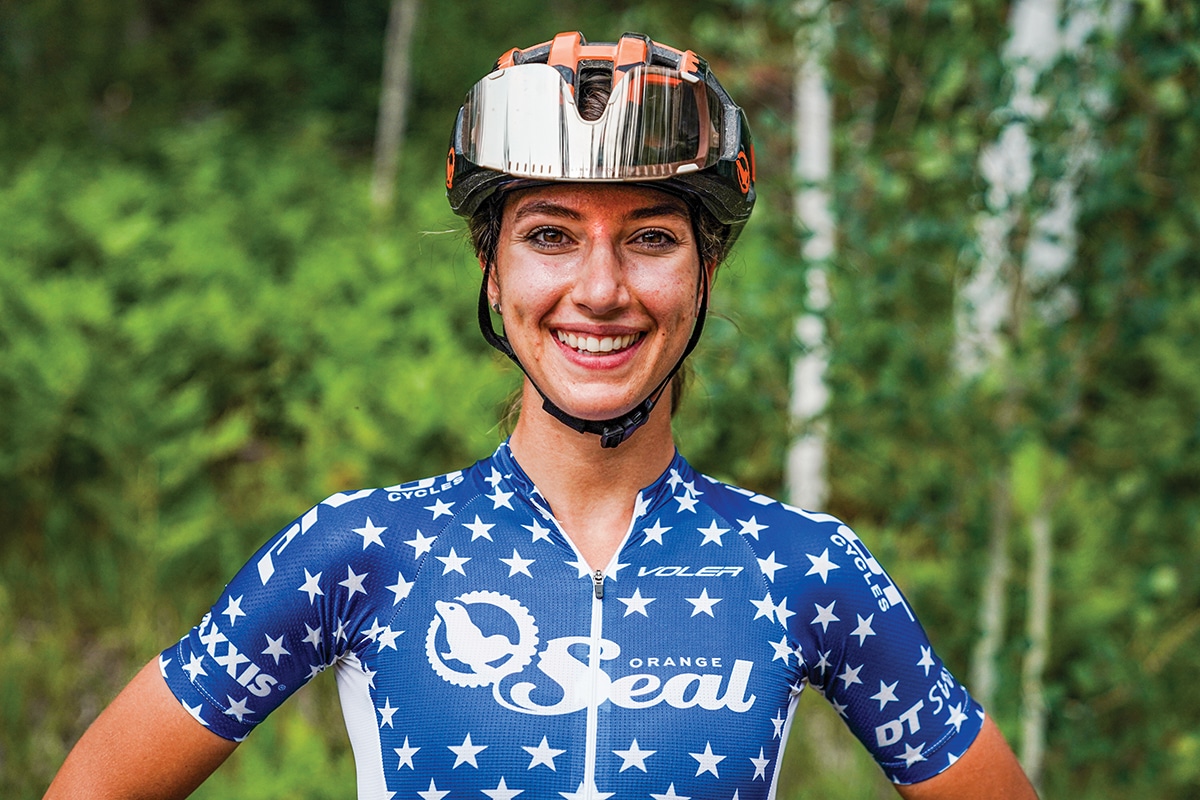 The U23 Women were the first endurance riders to hit the course in the morning. Madigan Munro (Boulder, Colo.; Trek Factory Racing) went off from the gun and never looked back. She took home the national title with a 51-second gap on Sofia Waite (Littleton, Colo.; WE Development), who took silver.

The U23 Men took to the red cross-country course shortly after the women finished. After a hard-fought battle for the top spot, Bjorn Riley (Boulder, Colo.; Trek Vaude) took home the stars and stripes jersey. Finishing in second, racing for Bear National Team was Brayden Johnson (Denver, Colo.).

Elite cross-country racing kicked off late in the afternoon with the Elite Women. Eighteen racers toed the line eyeing the national title. With three laps on tap, racers settled into the pace after the first climb on the 5.2-mile course. Kate Courtney (Kentfield, Calif.; Scott-Sram MTB Race Team), Savilia Blunk (Inverness, Calif.; Orange Seal Off-Road Team), and Gwendalyn Gibson (Ramona, Calif.; Norco Factory Team) worked together to form a gap early on. Heading into the second lap, Blunk dug deep to put distance between herself and Courtney. Riding confidently heading into the last lap, Blunk completely separated herself from Gibson, who was 20-seconds ahead of Courtney midway through the final lap. Ending the day on top, Blunk managed to dig deep and win a national title. Courtney battled her way back to second, and Gibson rounded out the podium.

When asked about her incredible performance, Blunk said, “I can’t really believe it yet. I wanted to, of course, go for it, but it was my first year elite, and I didn’t know what to expect. I mean, we had a super competitive field. You never really know what to expect racing at 9,000 feet, it’s just different, but I felt good in an uncomfortable way, I guess. I just trusted my fitness and went for it.”

The elite men had 36 riders line up at the start of the cross-country race. Taking charge at the front early on was defending national champion Keegan Swenson (Park City, Utah; Santa Cruz Bicycles), followed by Christopher Blevins (Durango, Colo.; Specialized Factory Racing), Howard Grotts (Durango, Colo.; Specialized), and Elite Men Cyclocross national champion Eric Brunner (Boulder, Colo.; Blue Competition Cycles). Swenson eventually kicked things up a notch and rolled away from Blevins, Grotts, and Brunner. Sealing the deal and earning the national title, Swenson outpaced second-place finisher Blevins by over a minute. When asked about the confidence it took to make the move on lap number two, he said, “I knew with two to go, I had about 50-seconds on them. I was trying to keep an eye on the switchback up top to see what the gap was. Then on the last lap, I had a minute and a half to two minutes, so I tried to keep it safe and maintain just in case it got a little slick, but luckily it didn’t.”

Gravity racers kicked off the day with the enduro event. With five stages to complete, riders had to strategically battle each stage if they wanted to throw down the fastest time. The day’s quickest time came from Richie Rude (Golden, Colo.), who won the Pro Men’s race. On the women’s side, Amy Morrison (Carson City, Nev.) finished in a time of 21:33.4 and earned the national title.

On the junior’s side, endurance rider Jack Spranger (Sammamish, Wash.) claimed the victory in the Junior Men 17-18 race. Erin Bixler (Auburn, Calif.) earned gold in the Junior Women 17-18 race after finishing in a time of 23:46.4. And finally, Gunner Johnson (Fort Collins, Colo.) and Chloe Bear (North Bend, Wash.) earned the stars and stripes jersey in the Junior Men and Women 15-16 categories, respectively.

The sole national title awarded in short track was in the Junior Women 15-16, but the Junior Men 15-16 and 17-18 joined the girls on course for their qualifiers. Earning gold in the Junior Women 15-16 race was Andie Aagard (Highland, Utah; Bear National Team), who doubled up on gold after her win in yesterday’s cross-country event. Aagard beat second by well over a minute. In the men’s events, riders raced three laps in the qualifying heat in order to move on to the STXC championship race, which will take place tomorrow.

The top seeds for the Cat 1’s include:

Mountain Bike Nationals conclude tomorrow with short track racing and downhill finals. A complete list of results from this week can be found here.