Edgar Carballo was the fastest rider on the day, riding his Wild FS in the first E-Enduro World Series competition of the season 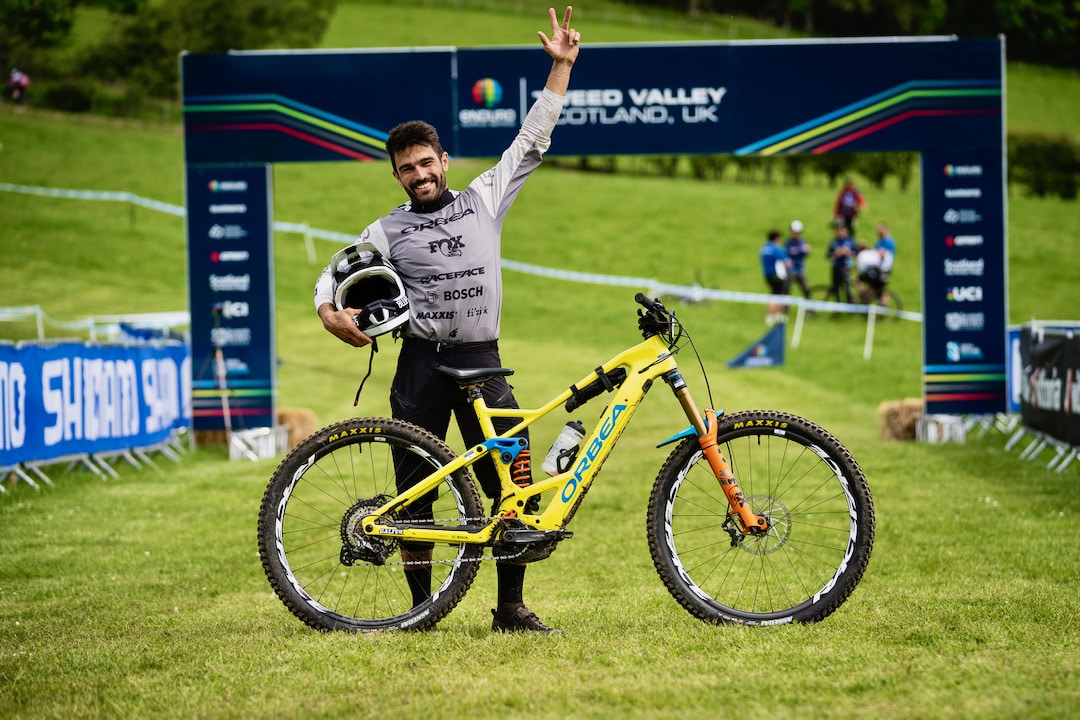 Edgar Carballo and his personalized, bright yellow, Orbea e-bike, which he nicknamed “The Banana.”

It’s the first race of the year for Wild FS in the E-Bike Enduro World Series and the first victory. Edgar Carballo was the fastest racer in the first EWS-E, held in Tweed Valley, Scotland.

The Orbea FOX Enduro Team rider has been working hard during the preseason with his WilD FS, as you can see in the team’s latest documentary. In addition to focusing on fitness training, Edgar has been fine-tuning his bike settings for the EWS-E and learning every detail of his bike — something that has obviously paid off.

Edgar won 8 of the 13 specials of the day, delivering a brilliant performance with his personalized, bright yellow, MyO Wild FS which he has nicknamed “The Banana ” after the famous produce of his home in the Canary Islands. Edgar rode really consistently throughout the day, holding up very well on even the steepest climbs, where lighter riders often have an advantage over him. 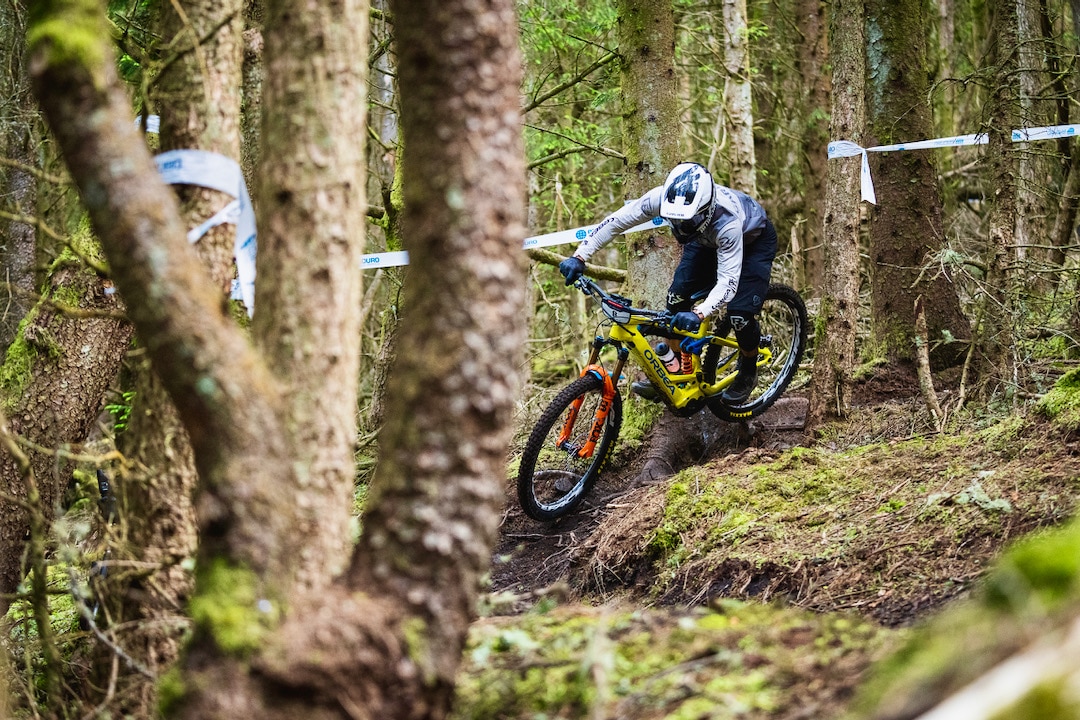 Edgar Carballo set the fastest times in eight of the 13 sections of the course.

“Today I found myself full of power. These races are always flat out and you hardly have time in the paddock between loops. I have found myself with incredible sensations throughout the day and on the descents I was just flying. I can’t believe it, man!” said Edgar at the end. The Orbea FOX Enduro Team rider becomes the first world leader in the electric Enduro ranking.

GREAT DEBUT OF FLO ESPIÑEIRA
Flo  Espiñeira also started the season with a very good performance as part of her new era with the Orbea FOX Enduro Team.

In the first ebike race of her life and without having competed internationally in Enduro since 2019, Flo finished near the podium with a 4th place.

“I am very happy, everything went as planned. I started out riding a bit conservative in order to avoid any mistakes and then I pushed harder and harder until I was a few seconds behind the best time. This race was a kind of warm-up to get into the rhythm of the competition: the good stuff is coming now!” commented Flo Espiñeira.

“I am excited with the result and with the performance that the team has done today, in the end we were the second fastest team in our first race. I’m really looking forward to it and I’m optimistic for this weekend’s race”, said Primoz Strancar, manager of the Orbea FOX Enduro Team.

While the next electric race will be on June 16 at Petzen – Jamnica, this weekend Martin Maes and Vid Persak will make their official debut with Rallon at the EWS. All in!

Here’s a video of the team dialing in their bikes with the staff and then training together: