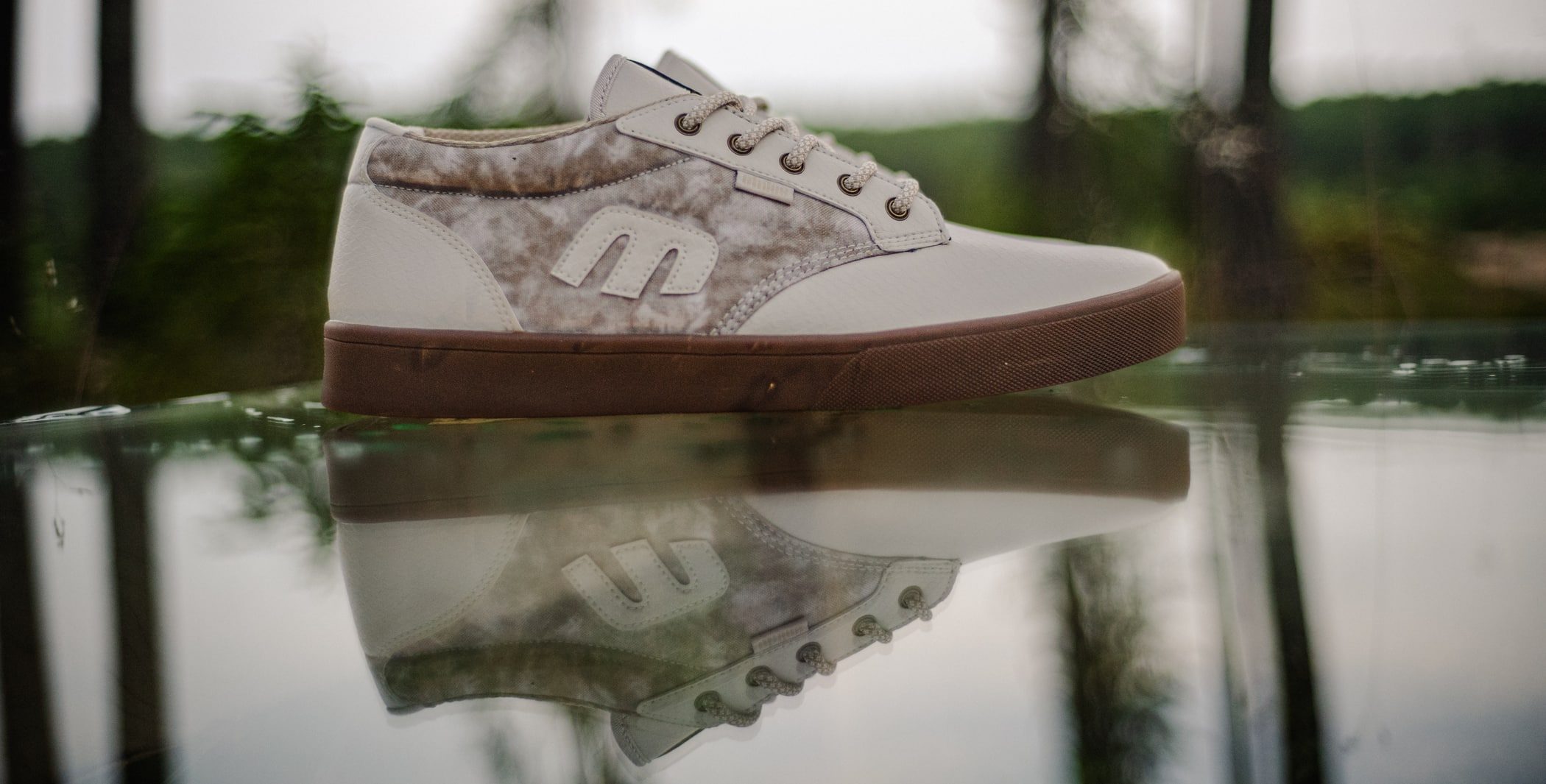 Emil Johansson has been dominating the Crankworx slopestyle events worldwide since he won his first Joyride at Crankworx Whistler in 2019. Etnies has just released a signature colorway of their Jameson Mid Crank MTB shoe in partnership with Emil Johansson and it looks slick. 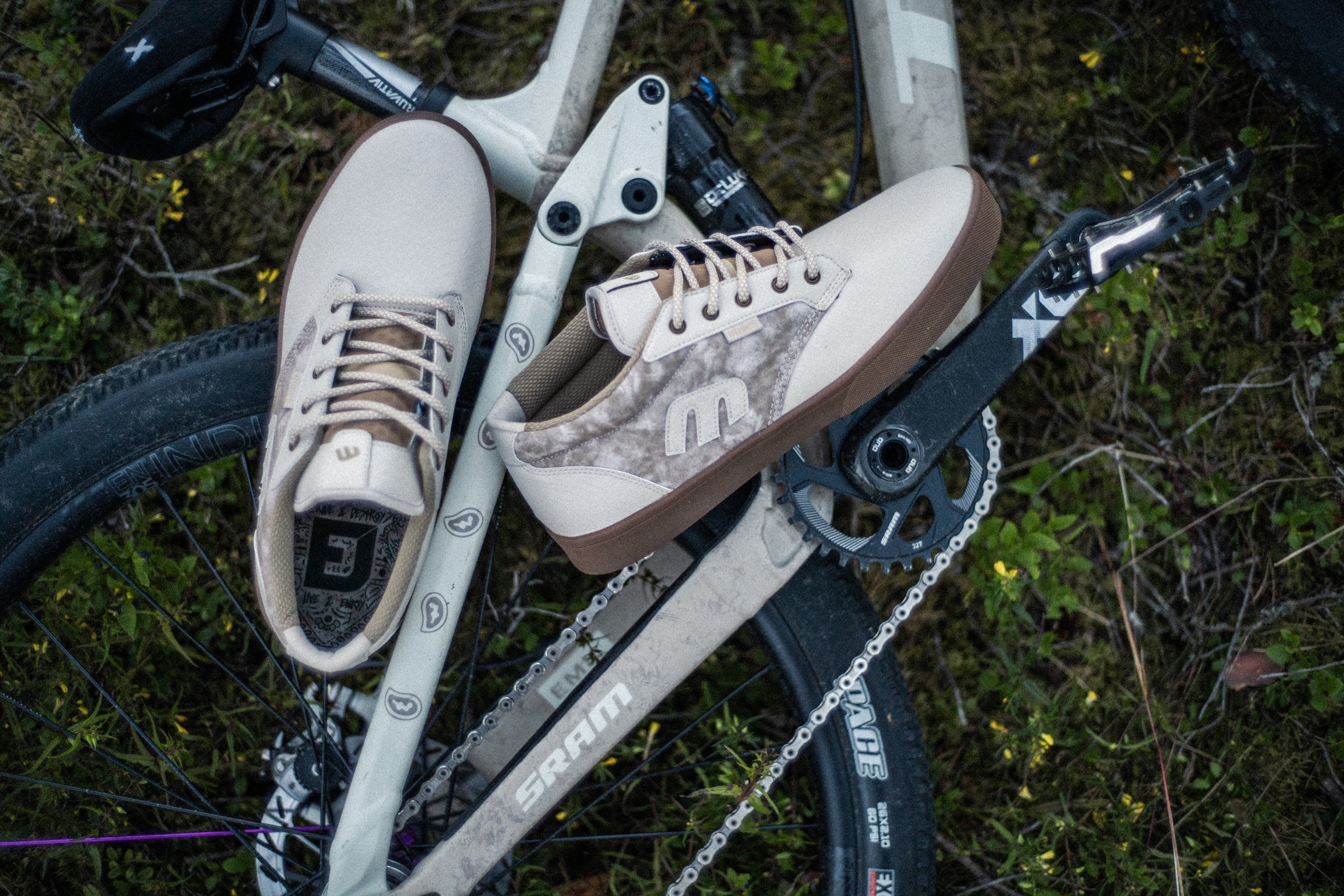 The Jameson Mid Crank shoe had direct design input by mountain bike legend Brandon Semenuk and is said to be versatile in it’s usage from slopestyle to downhill and trail riding. 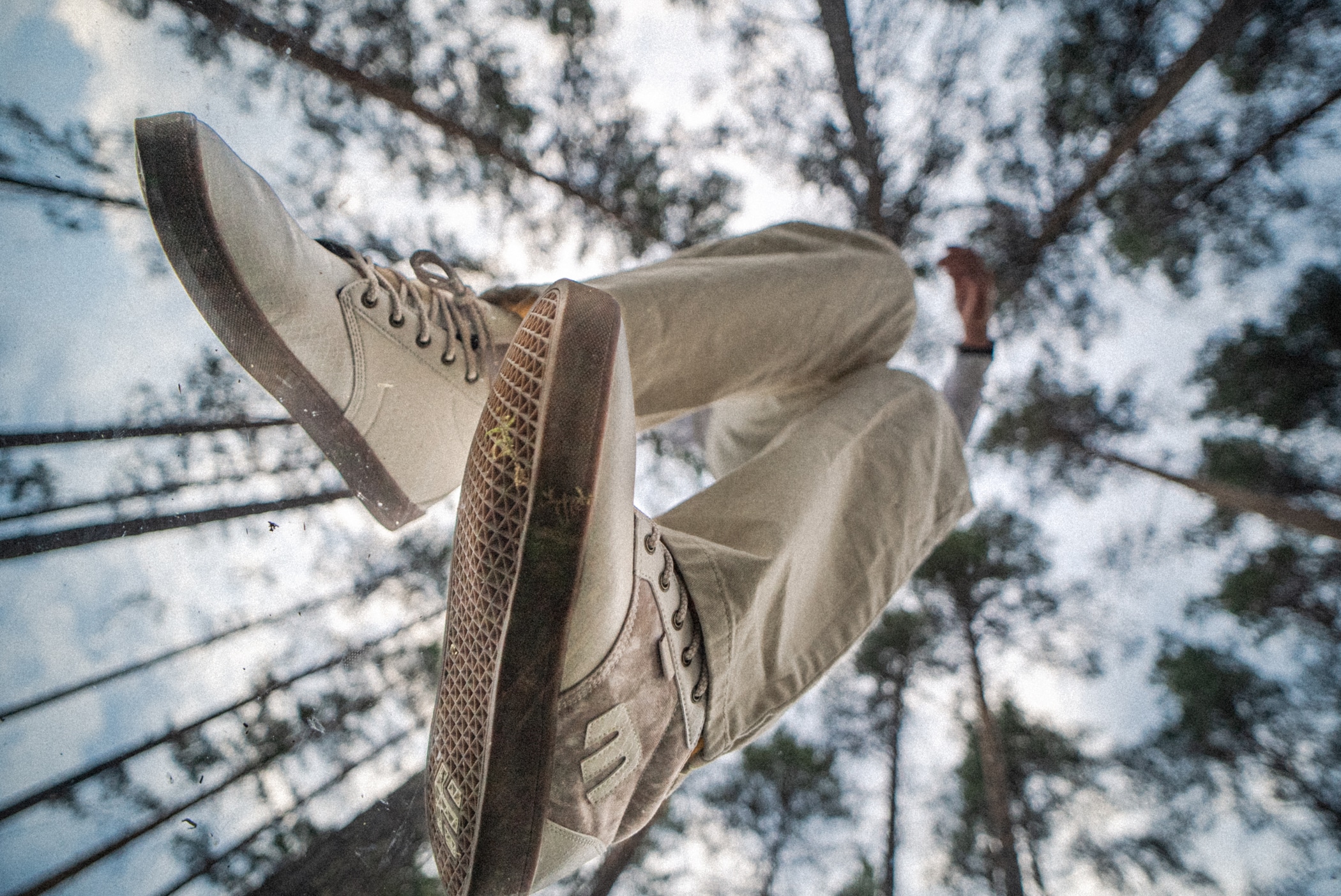 The Geo-Hex tread pattern and Etnies Formula G rubber is combined to be a claimed 2x more grippy than standard rubber and is designed to provide a specific grip for all-around riding. 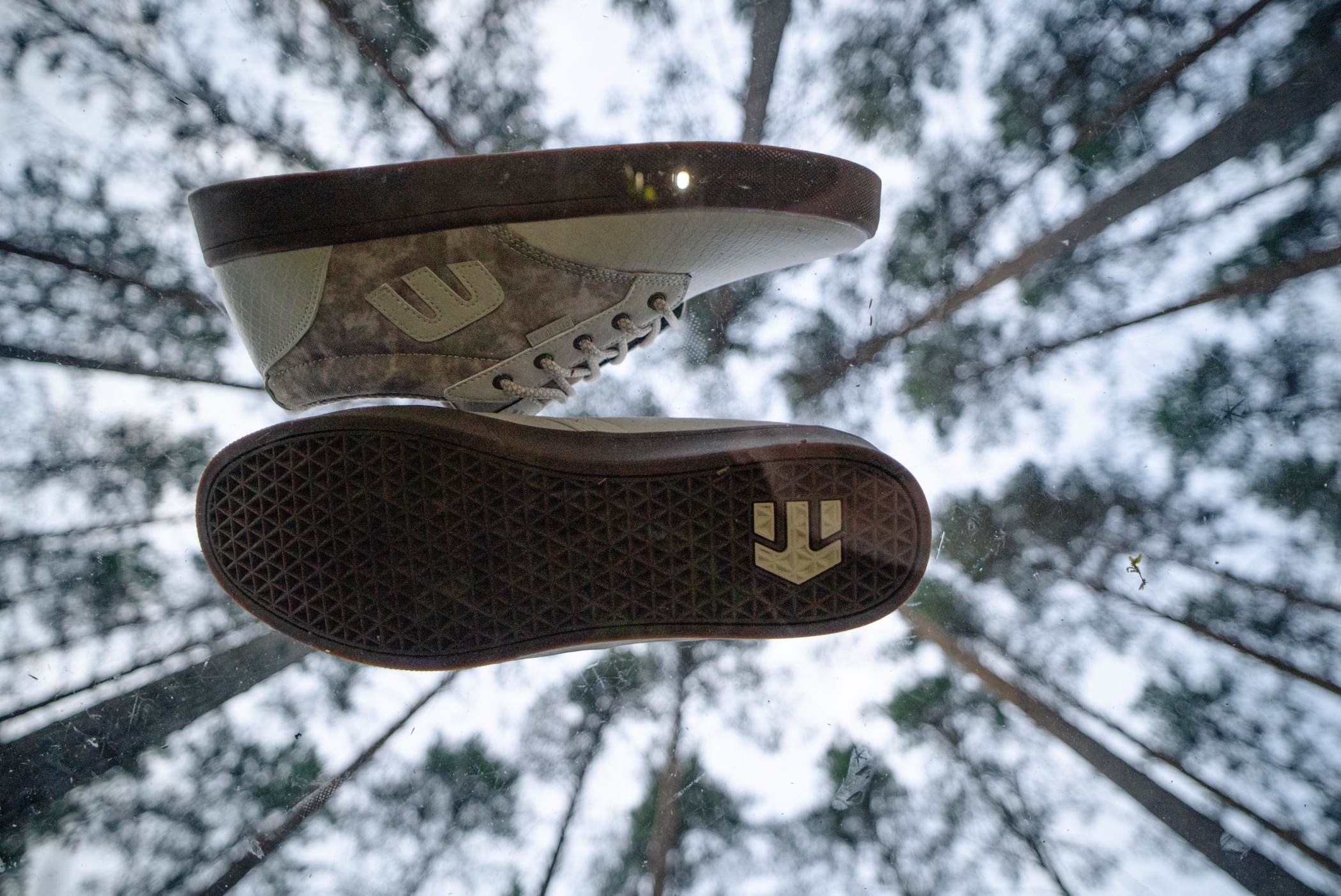 The shoe also features an asymmetric collar for ankle protection, a strobel board for midsole stiffness, and TPU underlay on vamp for reinforced fit. 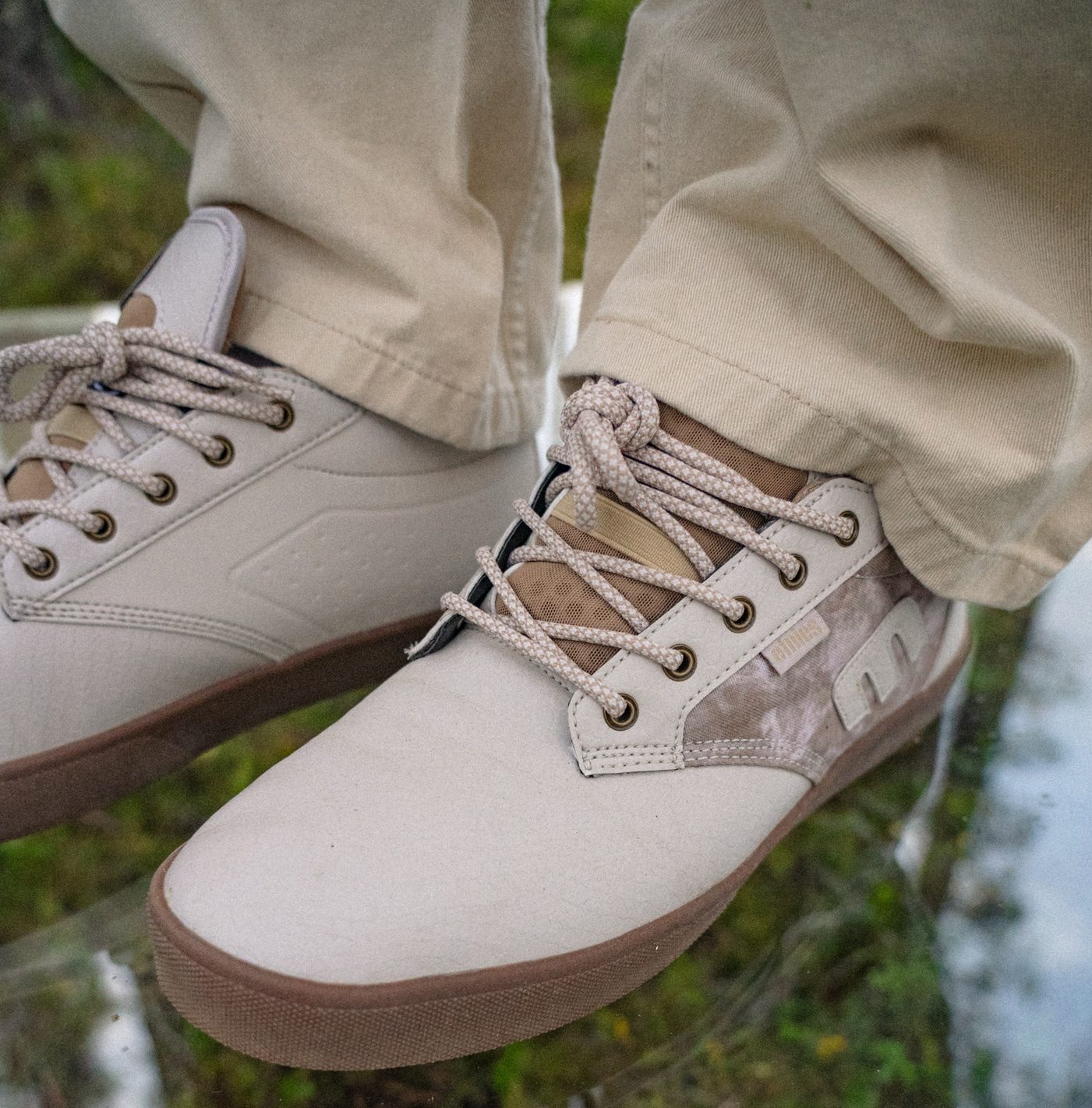 Emil brings a bit of his stylish riding into this new shoe with a sleek grey/tan colorway. Just like with his bikes, Emil’s shoes have got to be some of the best looking pairs out there. 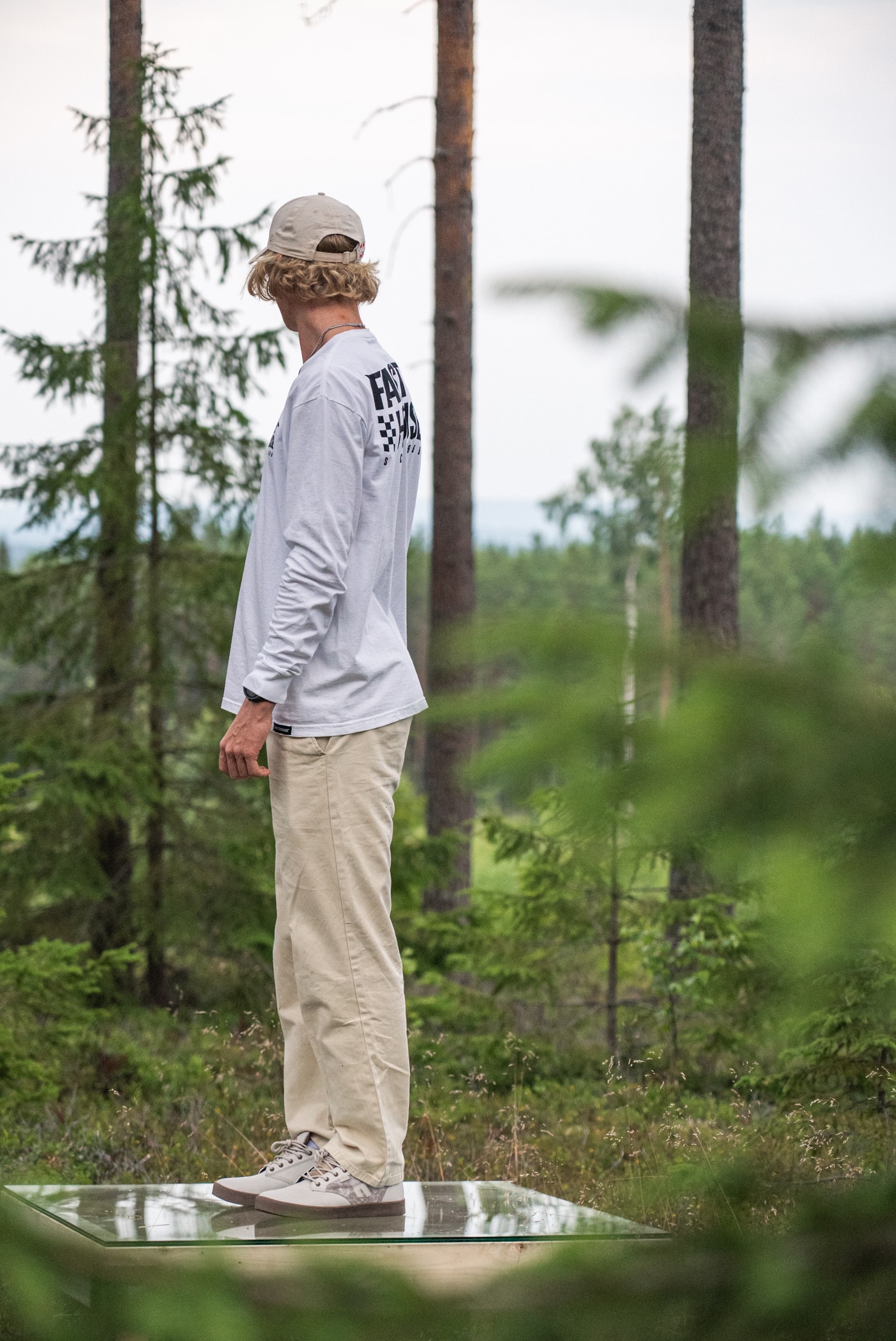 Recent wins include his 8th Crankworx FMBA Slopestyle World Championship Gold medal in a row and the huge win in Nuremberg, Germany at the 2022 Red Bull District Ride.  With the new Emil Johansson Signature Jameson Mid Crank MTB colorway, etnies has you covered with the most comfortable, durable and performance driven MTB footwear.

Born and raised in Trollhättan, Sweden, Emil bought his first bike when he was six years old and has been cruising and eventually competing ever since. Emil worked closely with etnies to incorporate all the needs of a high-speed, technical MTB slopestyle rider.  With a strobel board midsole for stiffness and pedal feel, Emil’s Jameson Mid Crank MTB warm grey/tan colorway comes fully equipped with an asymmetrical collar for ankle protection, TPU underlay on vamp for reinforced fit.  The Jameson Mid Crank style comes with extra PU nubuck protection, and its tongue gussets shield moisture, dirt, and debris. The Emil Johansson Signature Jameson Mid Crank is available on etnies.com today.

Built by skateboarding since 1986, etnies is the first skateboarder-owned and operated global action sports footwear and apparel company. etnies not only pushed the envelope by creating the first pro model skate shoe, but it pioneered technological advances and changed the face of skateboard footwear forever. Today etnies’ vision, led by owner and skateboarder Pierre Andre Senizergues (@pierreandresenizergues), is to remain the leading skateboard footwear company committed to creating innovative products that provide the most style, comfort, durability, and protection possible.  etnies remains driven to taking steps toward sustainable living in our world.

etnies stays true to its roots by sponsoring a world class team of skateboarding, snowboarding, surfing, BMX, and MTB riders, and continues its dedication by giving back to each of these communities. The brand is known for supporting the community with events like the GvR, giving 50,000 pairs of shoes to the homeless and planting more than 2 million trees in the rainforest through the Buy a Shoe, Plant a Tree program.